Does a Single Board Member Even Know This?

In 1990, long before any of the current boards of directors of any of the associations likely even moved to Edgewater Isle (much less the frequently turned-over property managers were hired) homeowners of both Edgewater Isle North and Edgewater Isle South elected (i.e., VOTED) to have earthquake insurance.

Concurrently, shouldn't an Association also be allowed to discontinue this coverage? If a vote of owners should choose to be self-funded or similar, how can a board of directors deny the majority that?

Why are boards continuing to be negligent in failing to consider other options? Premiums are increasing while concurrently coverage is decreasing. 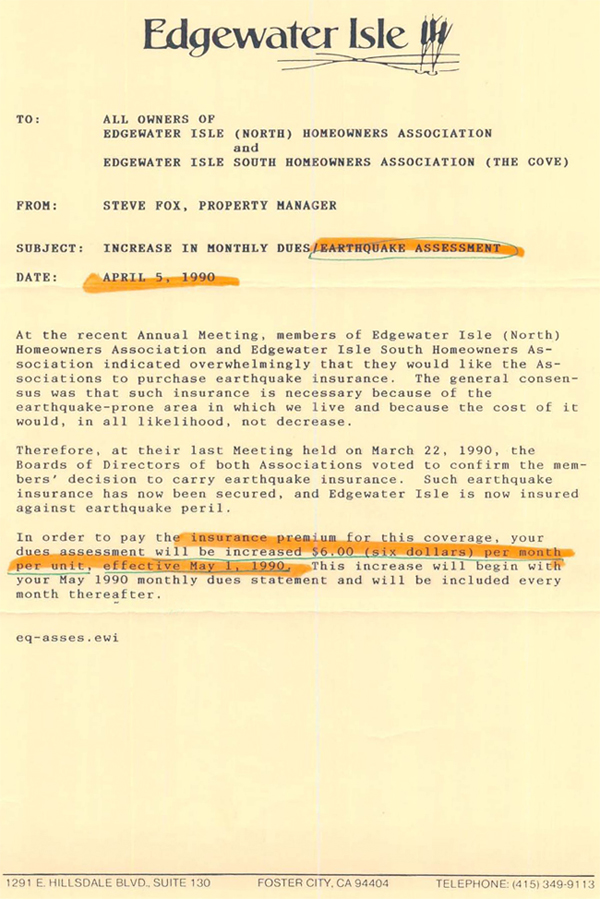