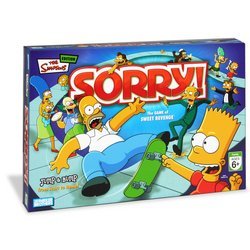 The Master Association property manager decided to deposit check(s) amounting to $16,000 or more inadvertently sent to him by the North Association that were intended as North Association's monthly reserve account deposits. These checks were payable to Edgewater Isle North Homeowners Association, not Master.

Anyone care to comment? Are we all going to sue each other again and waste more money on lawyers?

To: Barbara Finnegan, President of Edgewater Isle Master Board

It appears, so it seems, that the two checks were made out to Edgewater Isle North and sent in error to Nick Pargett. Nick Pargett, should have contacted CMS, North's management company, or called CMS, or sent the checks back to CMS or voided out the checks. Instead, Nick Pargett, has admitted and knowingly, deliberately deposited the checks into the Master account, $16,000.00, as the evidence shows.

Homeowners have been waiting for the Special Meeting, TO BE POSTED, concerning this matter. It is ILLEGAL to have secret meetings other than for firing. You know that, Jim Newell knows that, as do homeowners. Why Barbara Finnegan are you dragging your feet on this critical financial transgression? Is your allegiance to Nick Pargett and not to the welfare ofEdgewater Isle? Barbara Finnegan you have not shown good faith.

Of course the bank is investigating this matter. This serious matter is not going to just disappear. This matter must be resolved to the satisfaction of the bank and homeowners.

Nick should resign IN SHAME. You and Jim Newell might consider resigning from the Master Board for not apprising homeowners of this transgression, by not posting a Special Meeting as of the date of this writing. It is your fiduciary duty to have done so.

EDITORIAL COMMENT: The Edgewater Isle Master Association admitted to this and never denied it.