Three disputed invoices are over one year old

November 1, 2019 — Edgewater Isle North HOA's former landscaper, Del Conte Landscaping, Inc., is alleging that the association has four unpaid landscaping invoices totaling $6,034 reaching back to July 31, 2018. Del Conte Landscaping is warning they will put the association's account into a collection agency or pursue the disputed amount in small claims court if the outstanding invoices are not resolved by November 8, 2019.

In an email, Del Conte Landscaping CFO Amy Pacheco alleges that “we have made several attempts to collect the attached delinquent invoices for our landscaping services, but have not heard back from a representative for the homeowners association.” The landscaper states that they will be “charging late fees, accruing back as far as 2018....” Ms. Pacheco further alleges “The last I heard from First Service [sic], they passed the message to the 'community manager'. I have not heard back from anyone regarding payment status.”

Homeowners pay dues in accordance with the budget provided to owners. Landscaping is a line-item in that budget. If the Association doesn't pay its bills, that puts homeowners at risk.

Alleged past due invoices

These are the alleged past due invoices received from Del Conte's Landscaping. 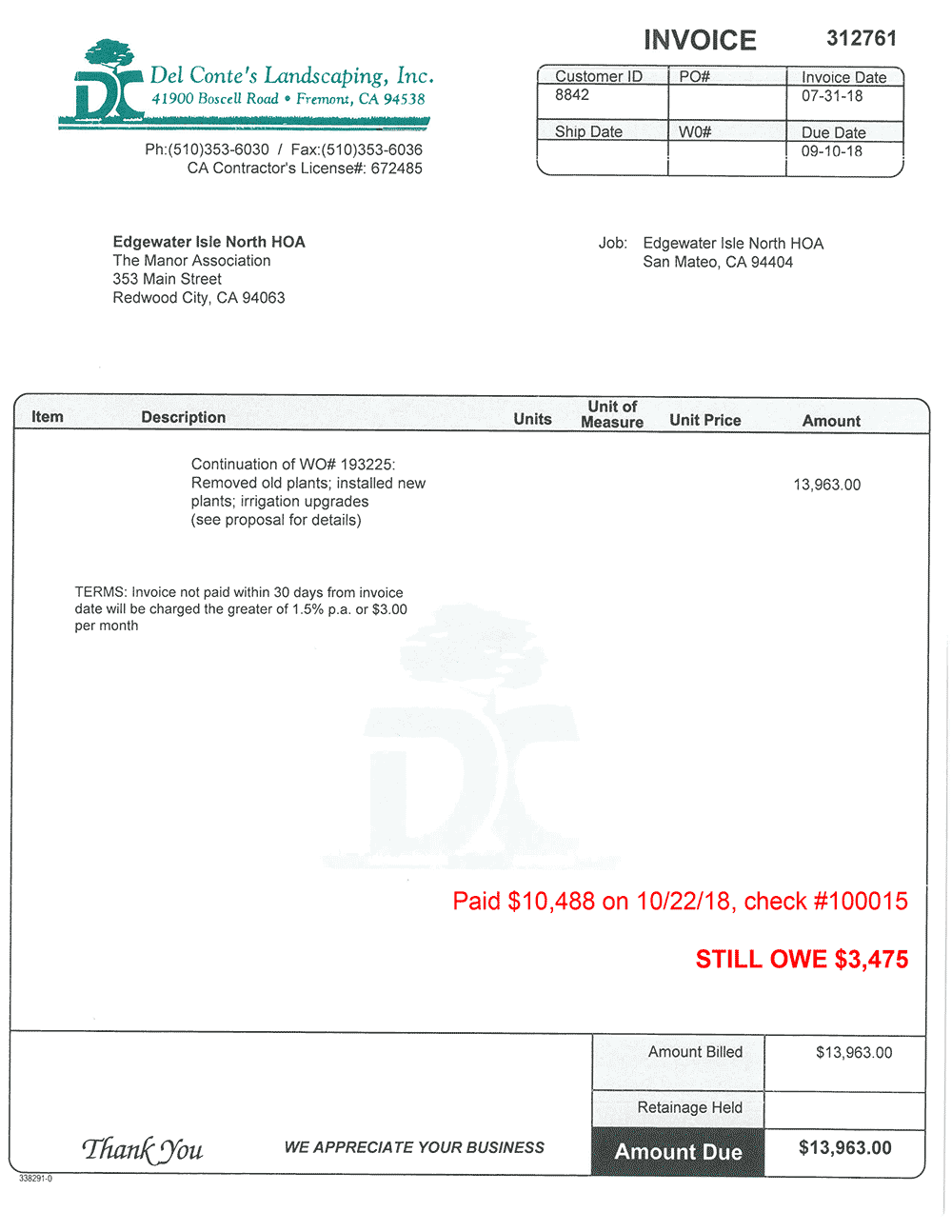 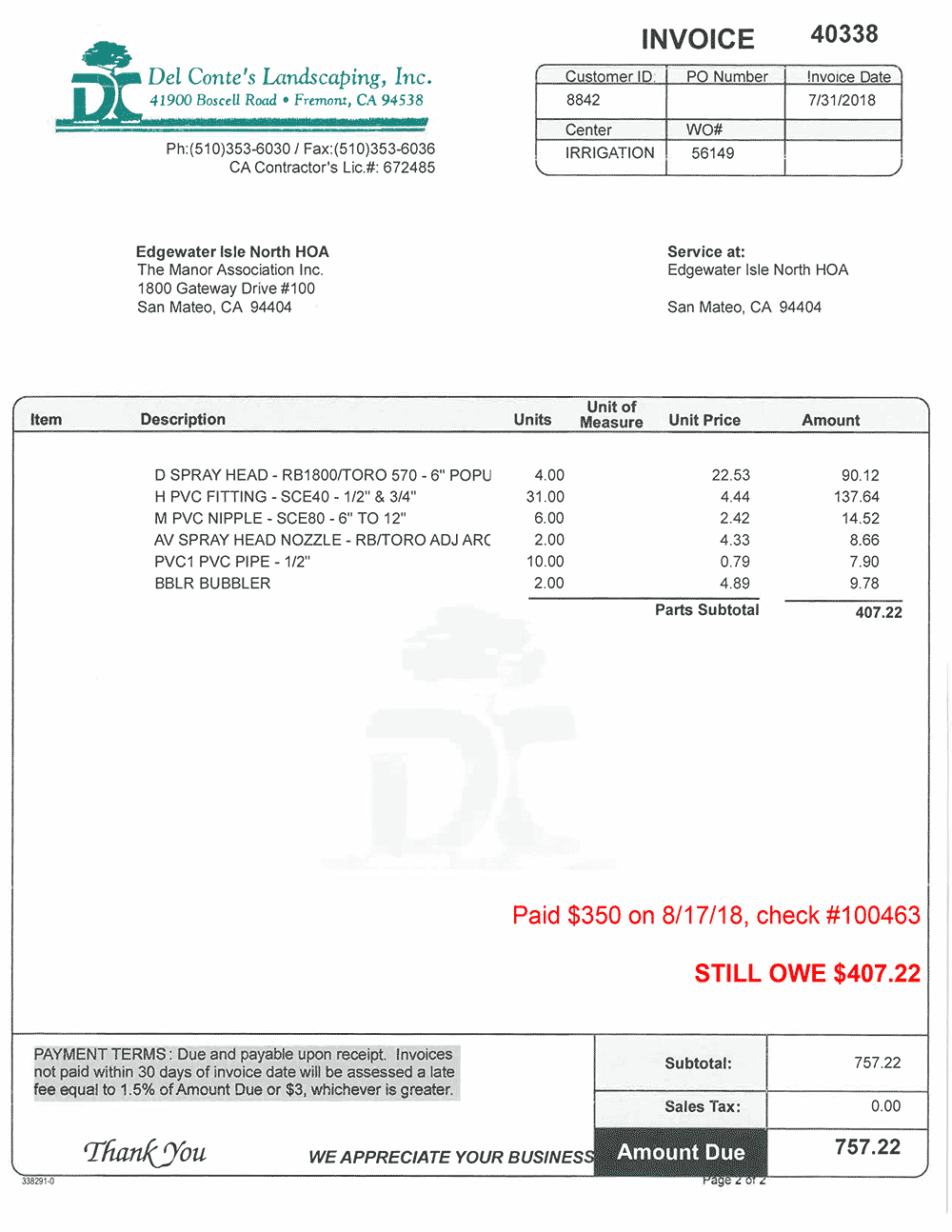 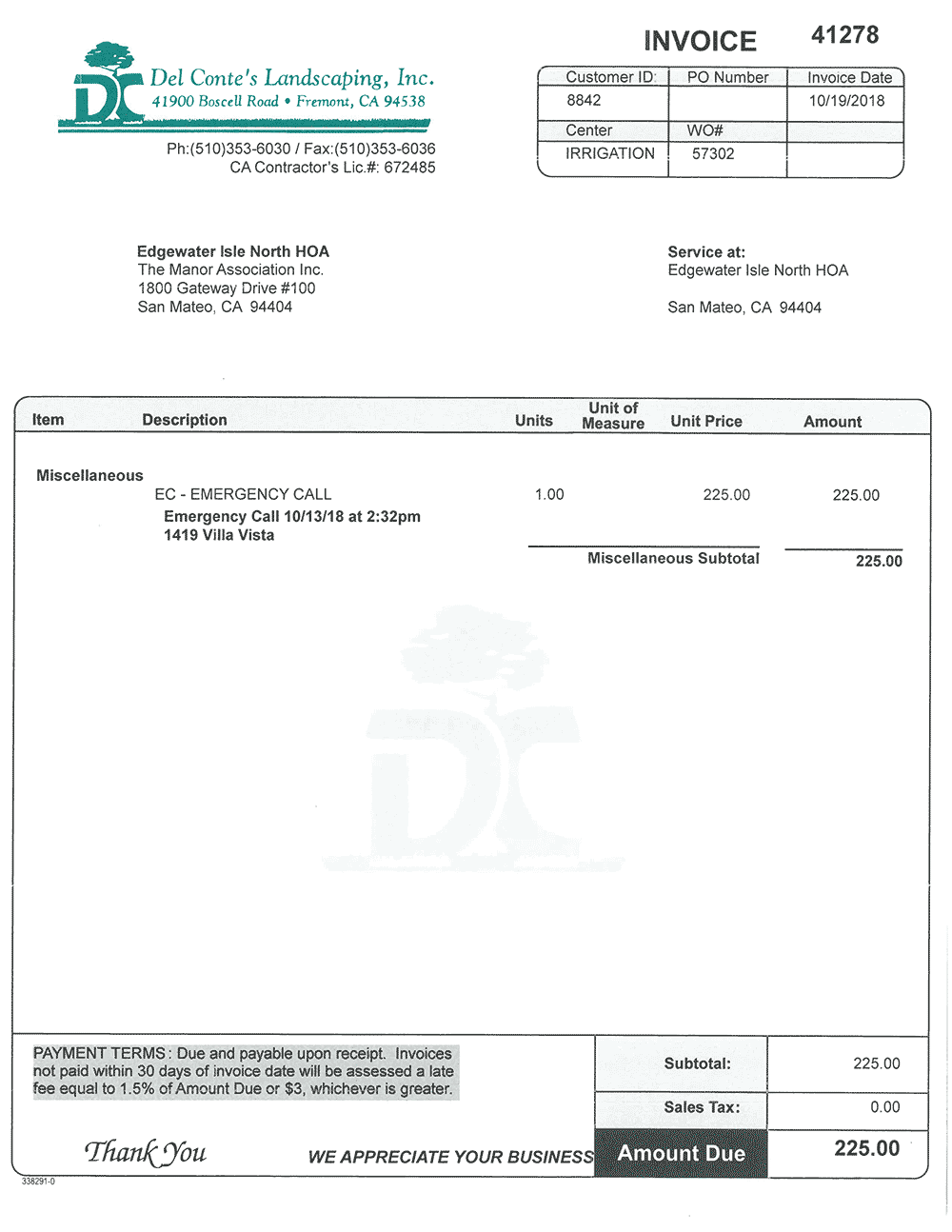 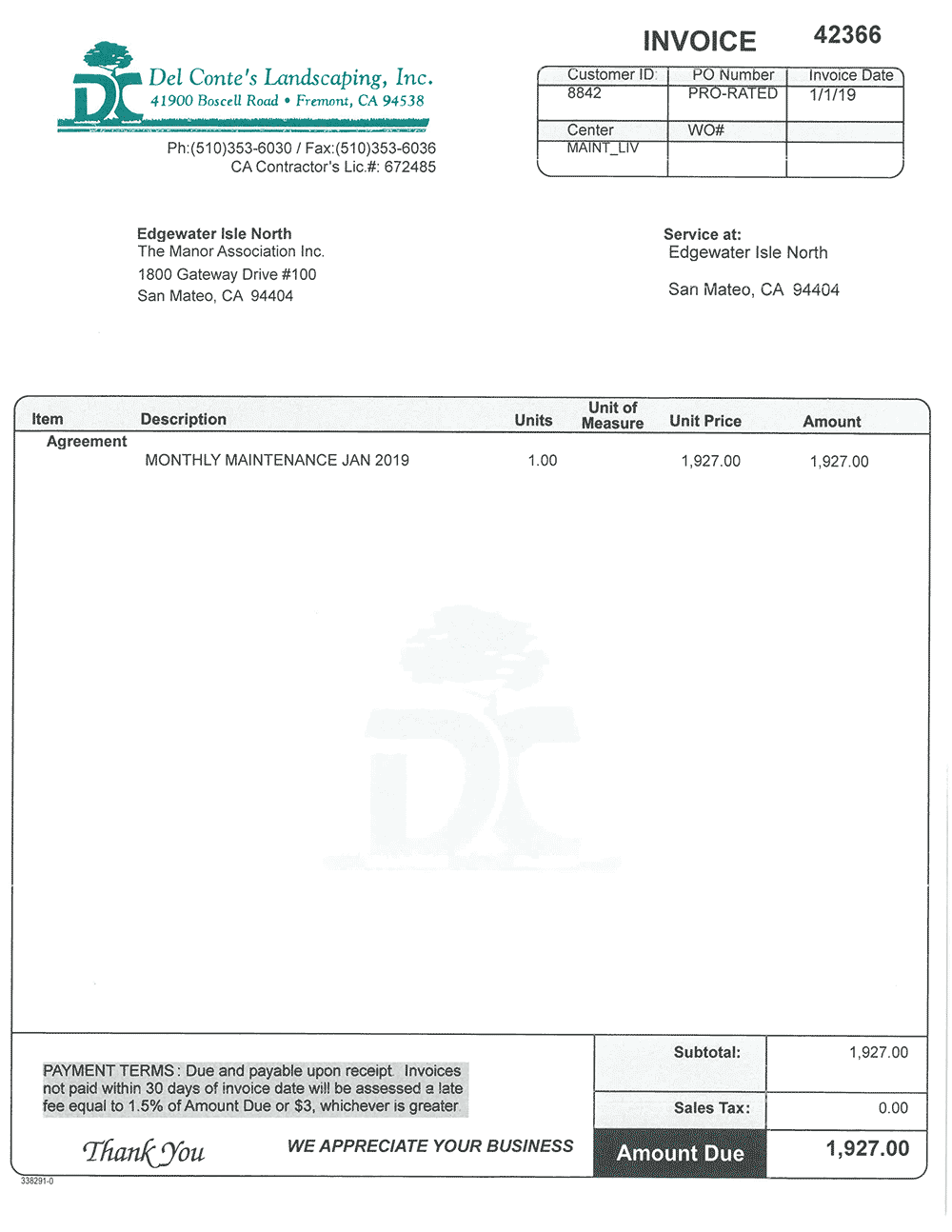