Further, the Edgewater Isle Master Association failed to include any mention about their suspension in their 2011 year-end audit about either a tax problem or the suspension.

In the eyes of the State of California, all actions taken when the Association was suspended are not legally binding. In other words, all

are not legally binding.

Despite retaining so-called professional management companies, every single association at Edgewater Isle has been suspended at some point. The North has, the South has, and now the Master is.

1580 Vista Del Sol, 1461 Via Vista, and 2359 Vista Del Mar closed while the association was suspended. Some or all of these condos may have had demands made upon them in escrow from the Edgewater Isle Master Association during its suspension when the association did not have legal authority to make a demand. While suspended, the association held August, September, and October board meetings, took title to a foreclosure. WOW!

That Got Us Thinking: What About Other Local Associations?

If Common Interest Management Services has in fact "been seeing this a lot," we decided to look up every homeowners association that came to mind in zip code 94404 to see how many others were suspended. Here is what we found:

We found 6 other HOAs in 94404 that are managed by Common Interest who are all listed as ACTIVE by the California Secretary of State. So we question Common Interest Management Services' assertion that this is happening "a lot." Not a single other HOA in the area that they manage has been suspended. If one has been, they are free to contact us to correct the record.

UPDATE: As of Common Interest Management Services has not offered any correction to the above statements.

Board of Directors Has Misplaced Focus: Can't Keep Own House In Order

The Edgewater Isle Master board of directors is clearly incompetent. While spending time, money, and effort to obtain a trademark or to file a small claims case they fail to prosecute (perhaps because they knew they legally could not) or pursuing foreclosure, perhaps they would be best advised to finally obtain competent management and keep their own house in order before tackling other issues.

The Association published agendas and held meetings while not eligible to do so. 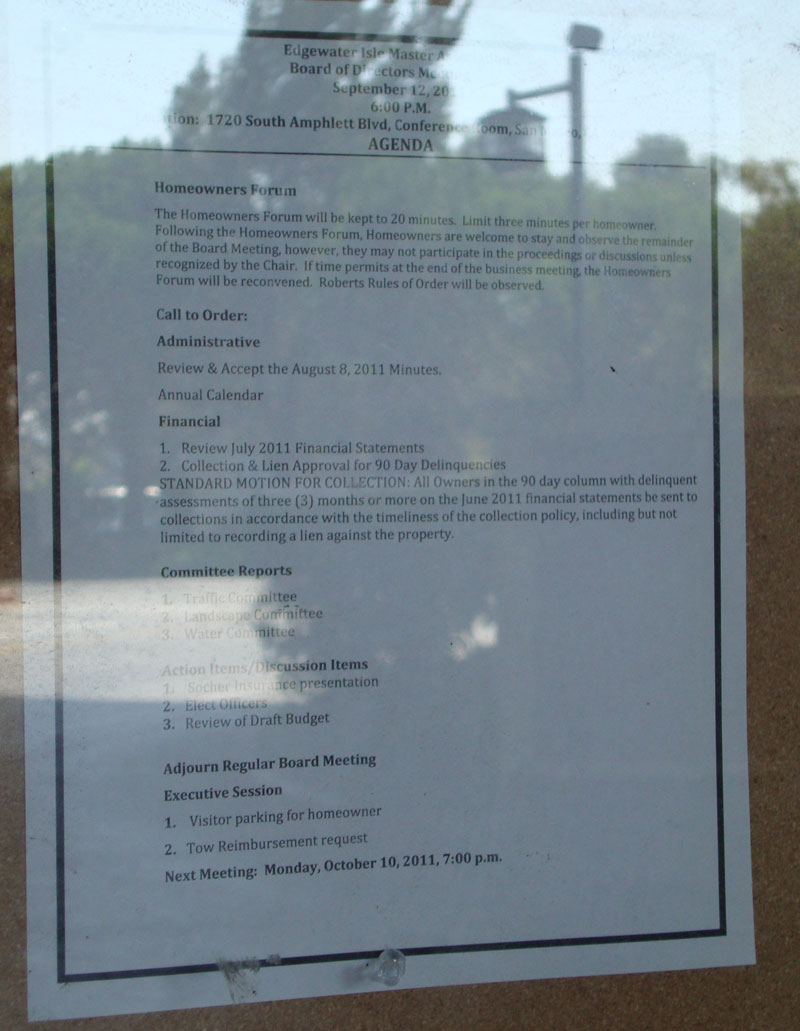 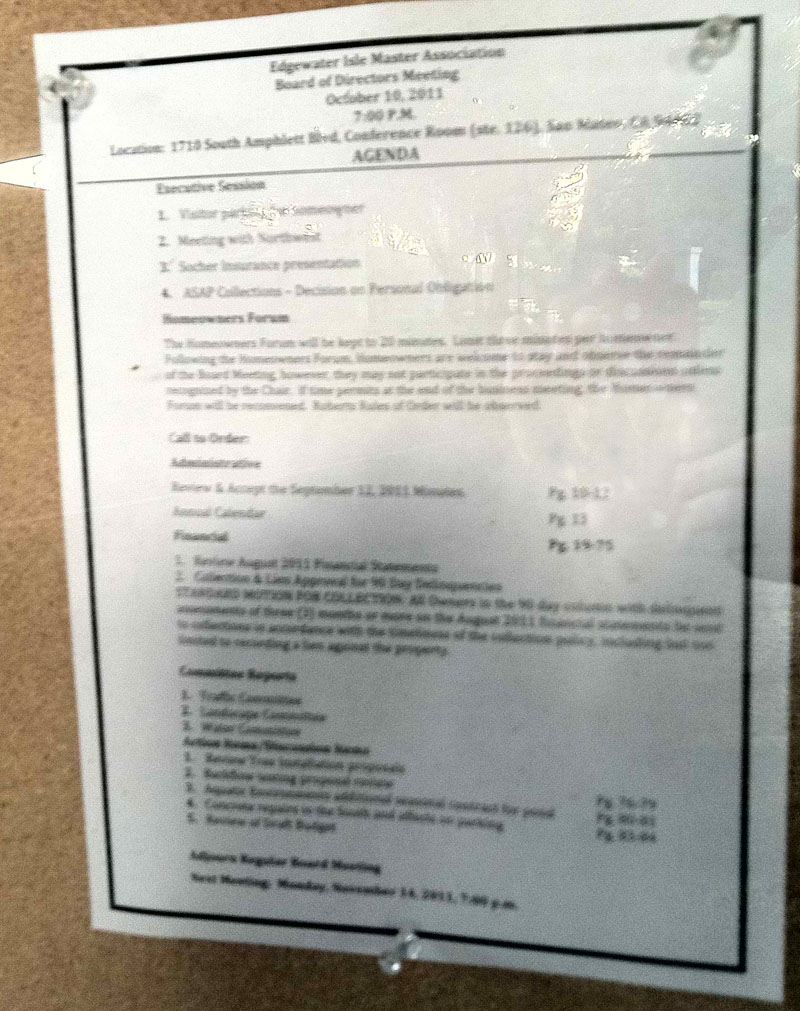 At the end of each fiscal year in a homeowners association, the association's books are required to be audited (California Civil Code §5305). The Master Association completed the required distribution of an audit, but the audit fails to mention that the association was suspended by the California Secretary of State for 3 months in 2011.

This audit is worthless. It is a coverup.