A homeowner sued Edgewater Isle South Condominium Owners Association in Small Claims Court on September 7, 2010, for failure hold a vote on a proper petition of owners who wanted to get out of the earthquake insurance squeeze being forced upon them by the Edgewater Isle South Condominium Owners Association. (This is a separate action from another homeowner who filed on July 23, 2010.)

The Association had rejected a valid homeowner petition. 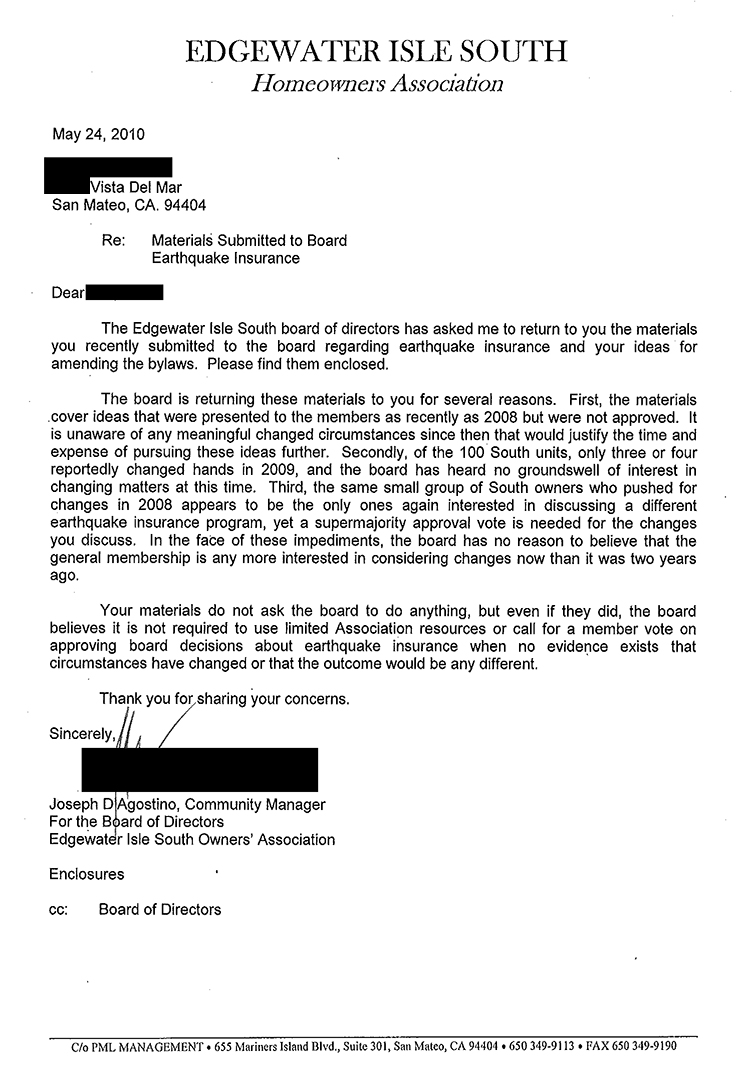 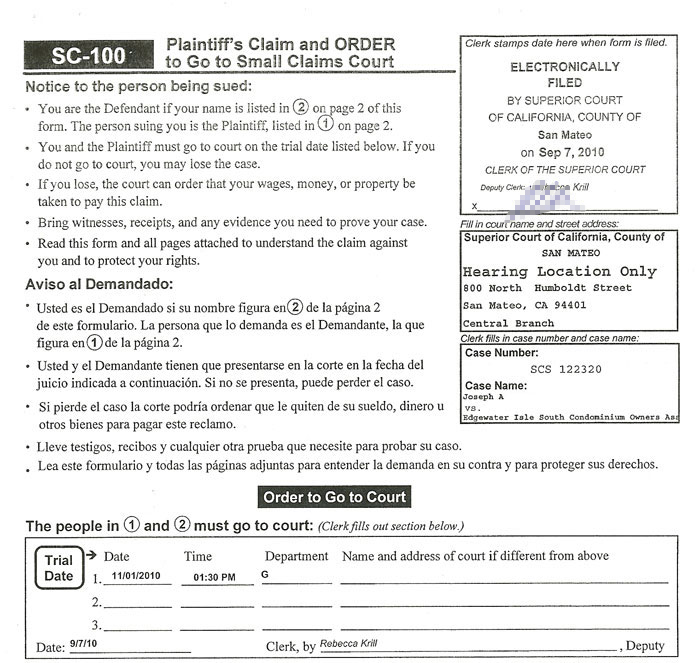 The hearing was on November 1, 2010. Here's the predictable Berding | Weil brief the 7-page letter that 2 board members wrote all by themselves. Berding | Weil and the board members were completely rebuked, and lost. The Association was ordered to pay $1,500 plus costs of $60 to the homeowner.

After losing, the Association sent out a propoganda letter with lots of spin.

HOA Dues Can Double in 4 Years

HOA dues can increase 20% a year, without a vote of the members. Dues can double in 4 years, triple in 6.