Kelly McGuirk charged with five counts of theft, pleads guilty to one

On March 8, 1993, a 62-year old Atherton man was vacationing in Mexico with his wife when he suddenly passed away. His widow made arrangements to transport his body home, and she then planned for a memorial service and reception at her home afterward. 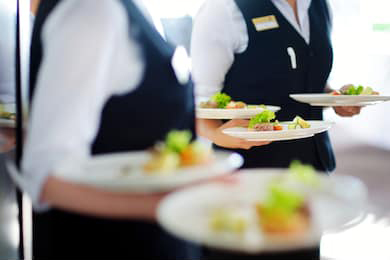 On Thursday, March 18, 1993, ten days after this man passed away, the memorial service was held at 4:00 p.m., with a reception immediately following. The new widow, who had yet to unpack from that trip, had hired caterer Chez Vous for the reception. One person on the catering staff was volunteered to arrive at the home early, during the funeral, ahead of the four or five other catering staff. She would be alone in the home, presumably setting up the catering, for a few hours while everyone was at the funeral. The reception was attended by maybe 40 to 50 people, helped by four or five catering staff. Including the early volunteer.

After the reception, the widow went upstairs in her home and could not find her purse. She went to unpack her suitcase, and half of her clothes were missing. At first, she thought the airline did it. Then she discovered a camera was missing. A camera with the last photos of her husband on that ill-fated vacation. The widow thought about this for a week and realized it was the catering employee who had arrived early to "set up" who was the person who stole these items.

She thought about it and became angry. She found out the home address of the catering employee, and she went to that address, which was at 1175 Foster City Blvd. #2 in Foster City. She went there, knocked, and the catering employee answered. The widow pushed her way in and made her accusations to the catering employee's face. The catering employee denied everything, and said "look around my house." And the widow did just that: she looked everywhere but did not find anything, until she emptied a clothes hamper. There, her eye caught something: a white skort that she had just purchased for that vacation to Mexico.

She went to the Foster City Police and called the caterer, Chez Vous, and its owner Lori Fox, but believes that Chez Vous did not fire the catering assistant.

On September 17, 1993, the Foster City Police Department was dispatched to 1175 Foster City Blvd. #2 on a report of a theft. Officers spoke to Kelly McGuirk, who admitted to stealing miscellaneous clothing from Nordstrom (Hillsdale Mall, San Mateo) from April 1991 to April 1993. McGuirk also admitted to stealing money and miscellaneous items from a residence while working for a catering company on September 10, 1993. The victim identified dishes, a candle as stolen from her residence.

All property that was recovered from the suspect's apartment and vehicle and was returned to the victims.

On October 23, 1993, Kelly McGuirk was charged with 5 counts of theft combined on one complaint. The prosecution dismissed four counts of theft for the McGuirk's plead of guilty to one charge.