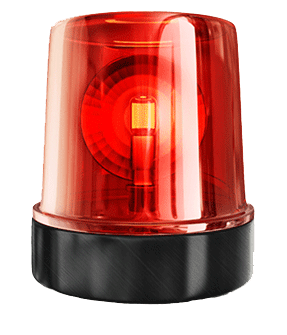 Kelly McGuirk has been convicted of multiple felonies for theft. Previously while on the Edgewater Isle North board of directors, she "Swindled a Free Lawn from a Patsy Board of Directors" and bought herself some Starbucks coffee and called it "office supplies." Further, McGuirk promoted her husband's business to the association while she also requested a restraining order against him.

The candidate statement McGuirk submitted for this election is here.

Would you give a convicted thief your checkbook? Edgewater Isle did. Repeatedly.

Association meeting minutes show that McGuirk was first appointed to the Edgewater Isle North board of directors in October 2001, mere months after completing three years of probation for a probation violation for a theft conviction.

And 1 more felony case with a misspelled last name. (These two cases were consolidated as one.)

What are the convictions for?

Theft, multiple counts of theft. Safeway is a favorite target, and she appeared to be well known at one particular Safeway.

Let's take a closer look at these convictions:

News of these criminal convictions sheds new meaning on her past behavior:

Convicted felon back on the North board of directors 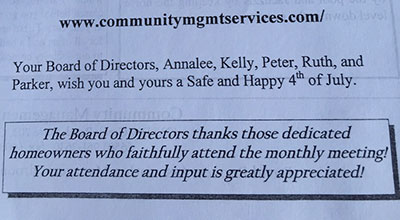 The June newsletter for the North Association contains a sentence at the end reading "Your board of directors, Annalee, Kelly, Peter, Ruth, and Parker wish you and yours a Safe and Happy 4th of July."

This is very odd, because the North newsletters, for as long anyone can remember, have always fully named the board of directors. Since when did "my" board of directors start going by one name, like "Cher" or "Madonna?"

Sources say that the North board of directors has appointed a former board member back on the board. In light of earlier stories that ran on this website about that individual's multiple felony convictions, manipulation of association assets for personal benefit, self-dealing transactions (promoting a family business while denying its affiliation), billing personal items to the Association, and misrepresentation to the Court, the Board of Directors may be trying to hide this appointment from the community.

Meeting minutes cannot hide the full names of the board of directors. And since this newsletter is a monthly communication from the Association, we have to ask, loudly, why last names were omitted here.

Is anyone else disturbed that a board member who had access to checking accounts and homeowners' personal information is a repeatedly-convicted thief? The Edgewater Isle boards of directors have a fiduciary duty to homeowners to investigate their checking accounts in light of this information. One board of directors already knowingly let her landscape fraud slip by. That's you, Sherry Mallett.

This page was originally published in July 2010, and the Edgewater Isle board of directors apparently ignored the previously-mentioned questionable transactions.

Then, in November 2016, the Board of Directors sought a vote of owners to remove Kelly McGuirk from the board, and alleged that Kelly McGuirk had created fake e-mail correspondence, misrepresented her identity to a vendor, and interfered with the Association's responsibilities.

Kelly McGuirk removed from board of directors

The membership of the Edgewater Isle North Homeowners Association voted to remove board member Kelly McGuirk from the board of directors by a vote of the members that was tabulated on December 19, 2016. The membership voted 102 in favor of removal and 8 against removal. 15 ballots were determined to be invalid ballots (not signed, unregistered transfer of ownership). 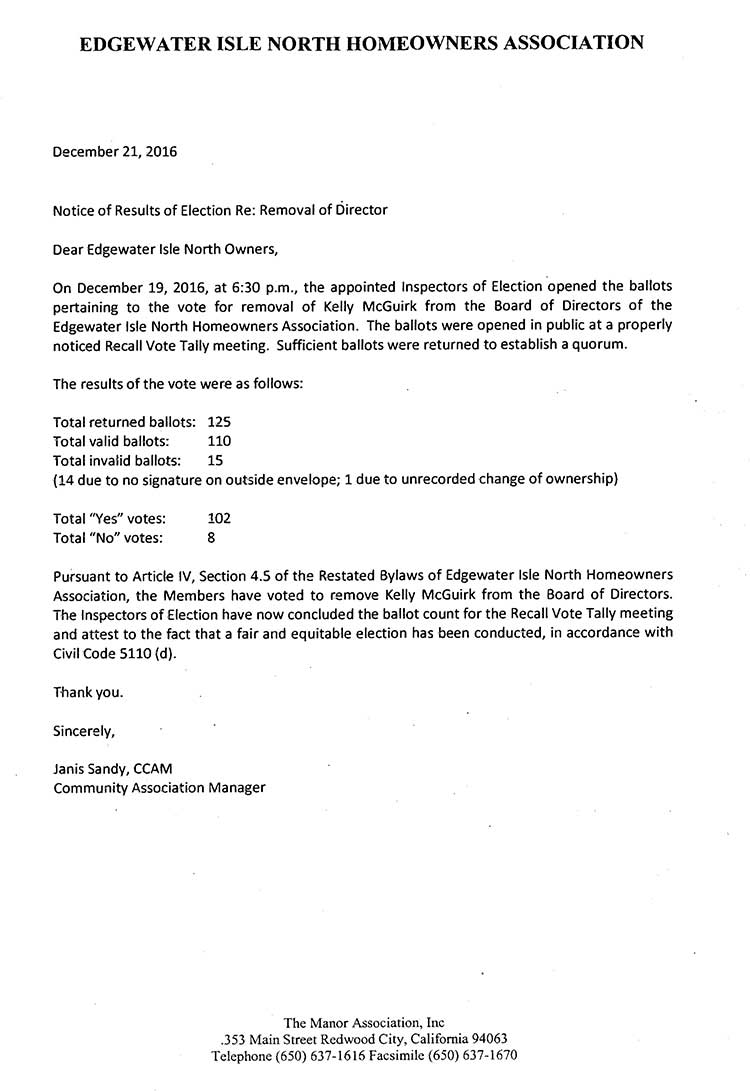