What happens if a board member doesn't like this web site and begins a harassment campaign?

What if a single board member steps beyond the normal limits of society and begins to anonymously harass a stranger because he doesn't like something on a website?

That happened at Edgewater Isle. Paul Miller, board member at Edgewater Isle North, attempted to right his perceived wrongs by beginning a campaign of electronic harassment that included topics of violence, pain, rape, and pain. He didn't choose to send spam of cute puppies, but instead chose alarming e-mails that resulted in a judge ultimately finding that the emails this board member were designed to harass.

Paul Miller thinks this is “a joke” 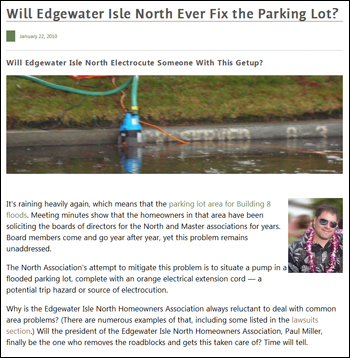 Association president Paul Miller was unhappy with this very web site. Apparently over a posting here (see image, right) that pushed him to avenge what he perceived to be wrongs against him.

As the president of a board of directors, his decisions were bound to be questioned by at least some members. But Paul Miller did not address his concern to the writers of this web site, but instead Miller engaged in a campaign he designed to harass, annoy, and alarm, all while failing to ever address his concern directly.

In June 2010, Miller began a campaign of enrollling the writers of this web site in over 400 e-mail subscriptions and creating false online profiles on others. Miller enrolled various e-mail addresses, e-mail addresses which belonged to writers of this web site, to receive unsolicited spam (e-mail advertisements). The topics of this spam ranged from annoying to alarming. A temporary restraining order was issued. Ultimately, on January 19, 2011, the judge decided not to make it permanent as outlined below.

Paul Miller subscribed this web site to receive various e-mail subscriptions and created online "profiles" on other web sites. And WOW! How much time did he spend doing this? You be the judge. 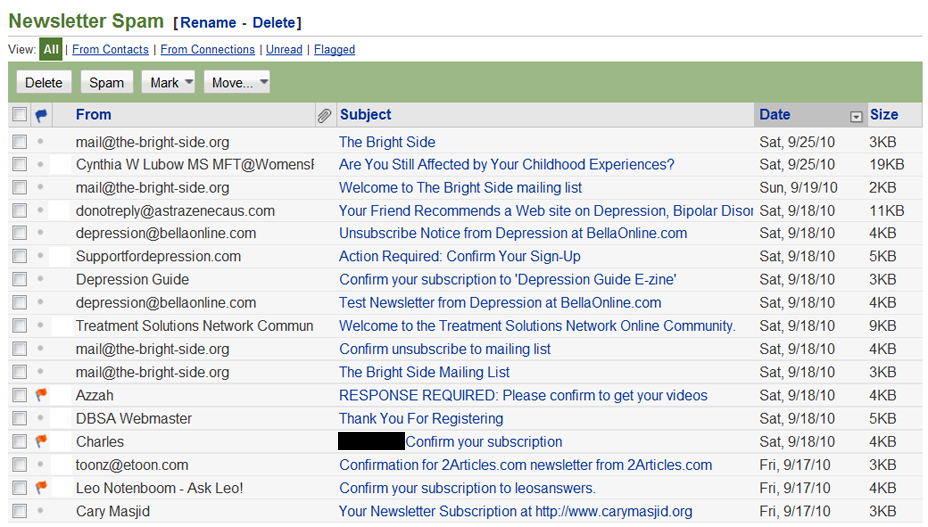 Subscriptions include references to violence

Many of the e-mail newsletters that Paul Miller enrolled us in were topics dealing with violence, pain, rape, illness, disability, and other serious subjects.

How much unfulfilled time does Paul Miller have on his hands?

How much time did it take for Paul Miller to check each box to enroll in all of these newsletters? Hours and hours. Why does Paul C. Miller have so much time to enter third parties' email addresses to receive hundreds of unwanted e-mail newsletters? What an unhappy, warped man.

WOW! What kind of message is this? These appear to be not-so-subtle hints of violence. Was Paul Miller considering violence against the writers of this web site? Isn't that a reasonable conclusion the recipients could draw? 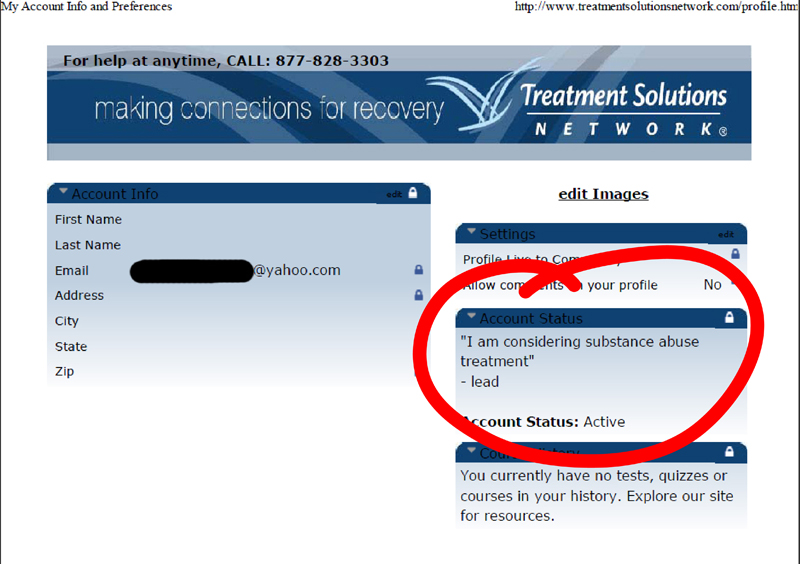 After getting away with this harassment for months, Paul Miller twice invoked a mutually-known third party and started using that as a password or a "friend." And from there, Paul Miller was discovered. 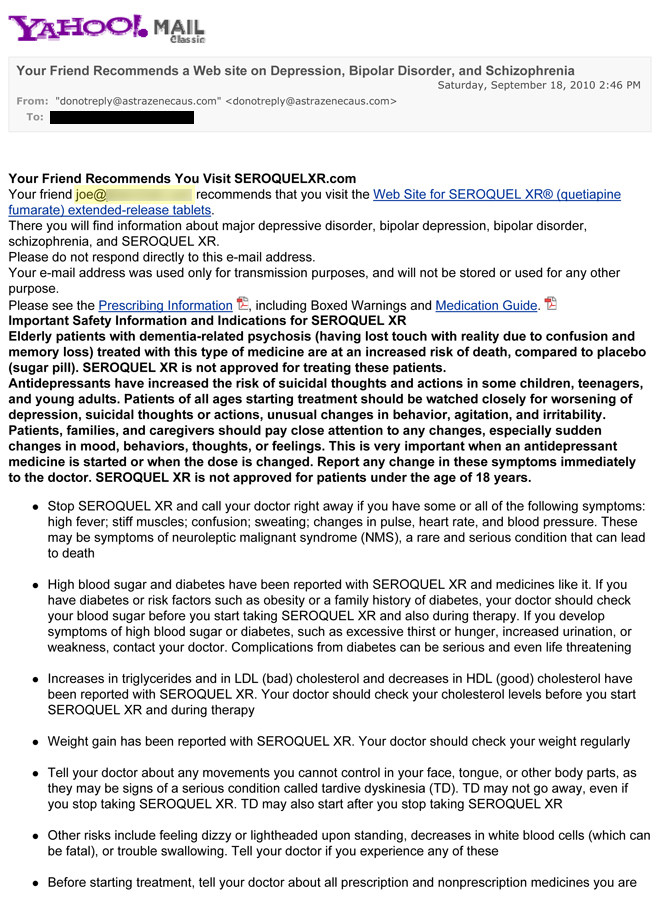 How Paul Miller got caught

A number of those subscriptions that Paul Miller enrolled this web site to receive contained the following at the bottom of the confirmation e-mails received:

And that was always the same. Someone with a little too much time on their hands sits at home with his Mac signing up strangers to receive information on "sexual trauma" and "pain" and "rape." What an upstanding guy.

That IP address was matched with other e-mail that Paul Miller had sent:

What defendant's lawyer said in court

Miller's lawer, James Cebrian, who is uncouth jerk, admitted that Paul Miller did this:

What the judge said in court

“I do find that [DEFENDANT'S] conduct up to and including the June date and until the request that he desist was harassment. It was intended to annoy you. It would have annoyed a reasonable person and also made that person suffer significant distress because there were --and I agree with [PETITIONER] on this, if you will, pointed subject matters to which you subscribed her.”

“[DEFENDANT] chose a socially unacceptable way of expressing his displeasure and that was intended to annoy and harass her and there was a continuing course of conduct.”

“There's a request for fees by the defense. Request for attorney fees is denied.”