Where is the owner's son?

AUGUST 7, 2022 — The Edgewater Isle Master Association has commenced foreclosure proceedings against a unit, 1664 Vista Del Sol, a one-bedroom condo in the North Association, for unpaid dues and junk fees totaling $10,541.76 as of April 19, 2022.

This unit had previously been the subject of an unpaid dues lawsuit. A quick Google search of this condo owner's name tells the story of what's happening here: this owner would be deemed an "elder" under California law. That same search would tell anyone, including the Master Association's collection agents, that the owner here is not living in the condo and was not living in the condo when the small claims dues case was filed and "proof of service" was filed with the court. The unit appears to have no trouble finding renters (archive link), and service of that lawsuit was most likely served on a renter.

So, here we have a senior citizen's condo about to be owned by the Edgewater Isle Master Association while that senior is unable to defend themselves to such a process, and the son is busy doing who-knows-what while seemingly collecting the income without performing the accompanying responsibility. Shameful.

Master Association's Notice of Default and Election to Sell 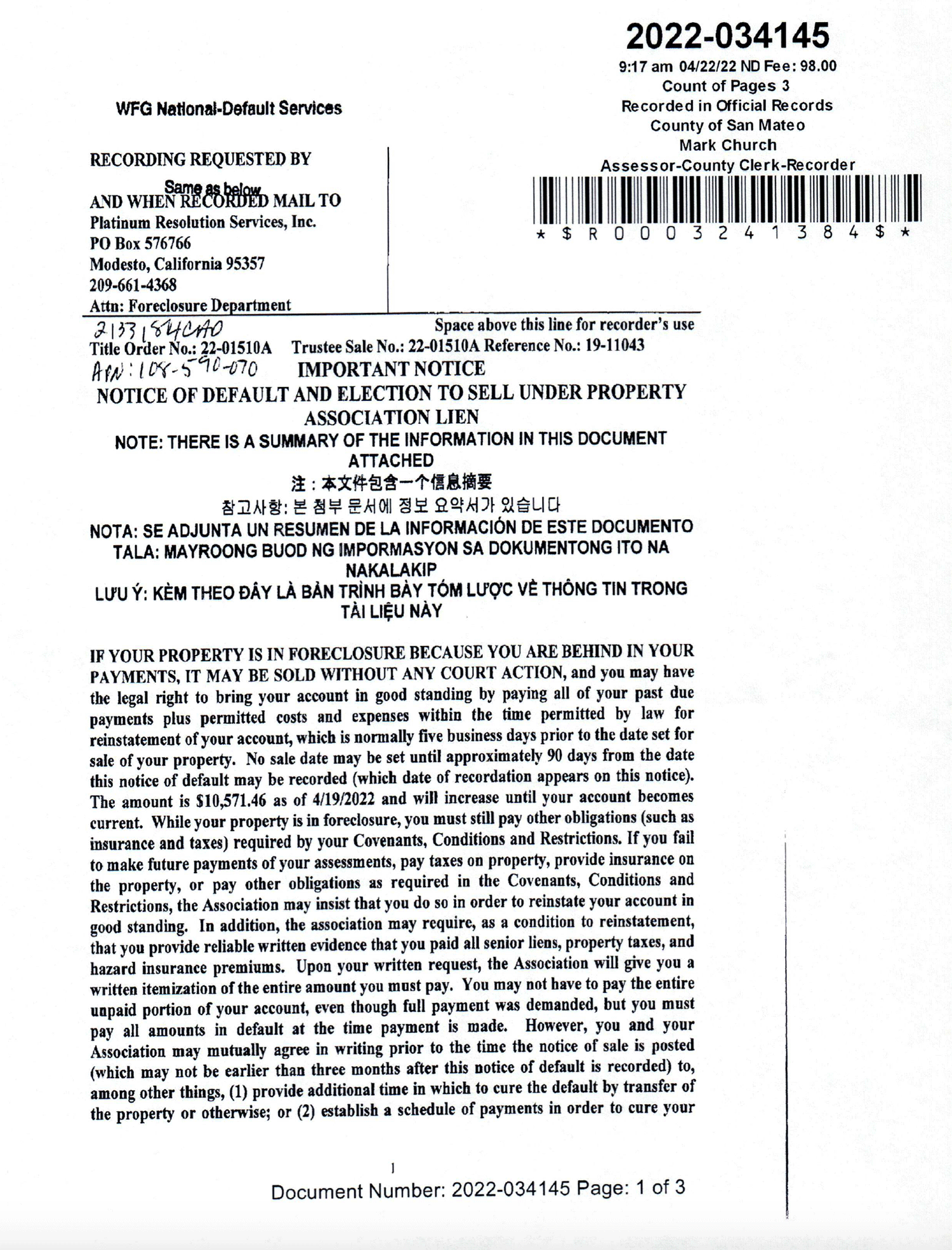 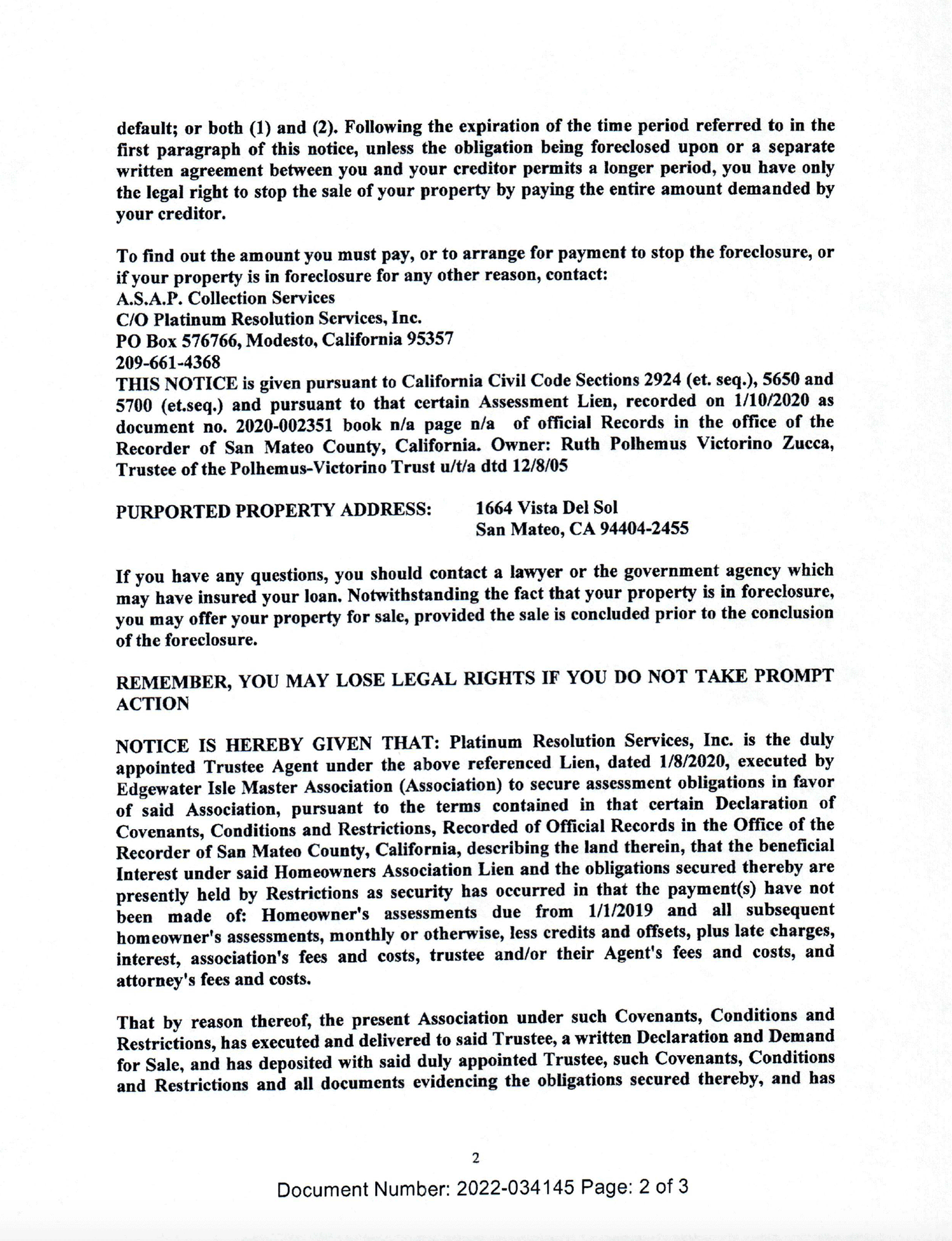 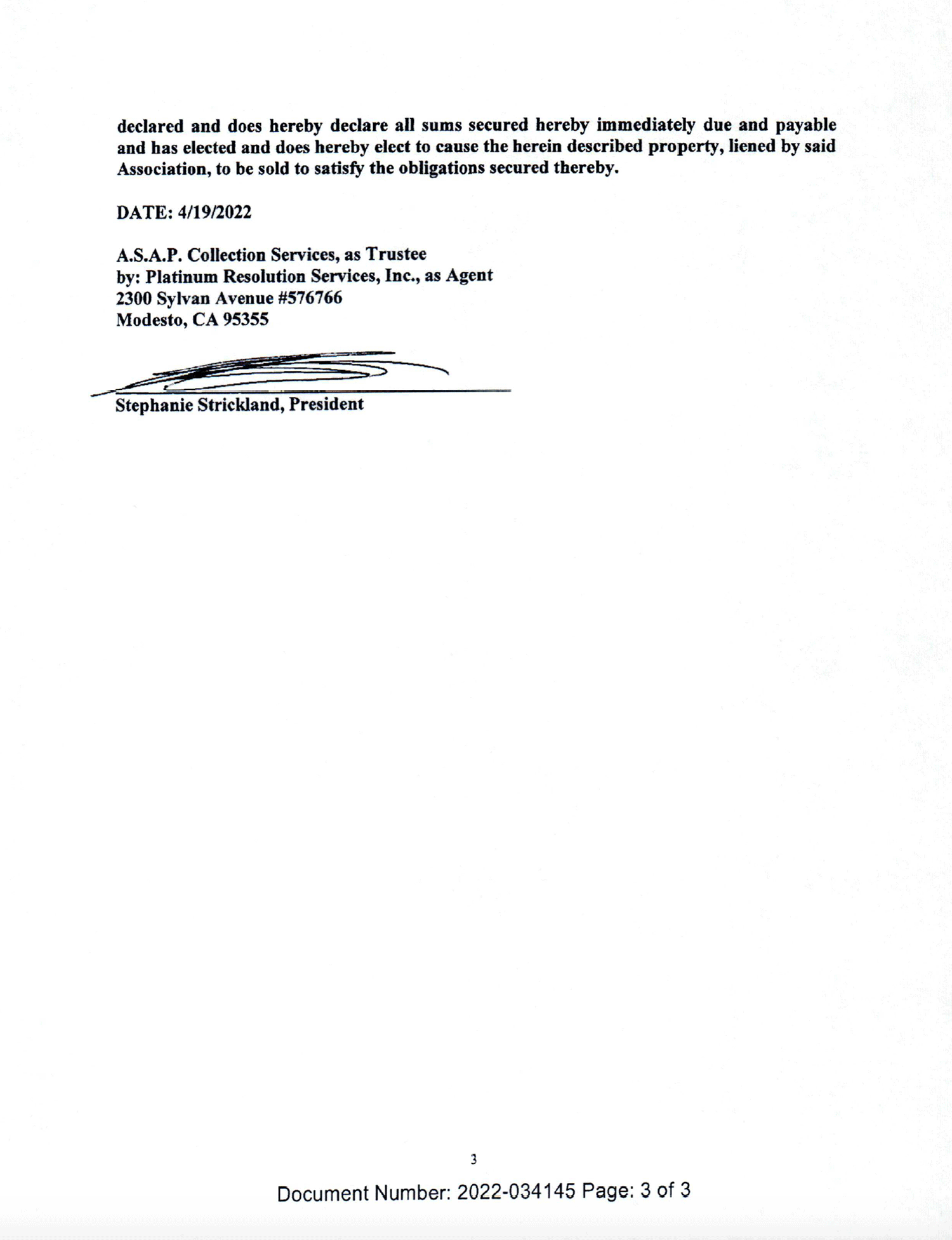