The Edgewater Isle North Association filed a lawsuit in Superior Court on March 10 for a former homeowner's unpaid dues for $7,397.44 (which includes junk fees).

The former owner abandoned the property and it was in foreclosure proceedings. The Association did not pursue collecting the dues when the amount was under $5,000 (the limit for a corporation to sue in small claims court) and now has to file in Superior Court to pursue the unpaid dues.

The full complaint shows the details of the Association's case.

The defendant never responded to the complaint, and in fact, ignored all notices and deadlines for defending himself. As a result, the Association received a default judgment against the defendant.

The defendant never paid this amount, and by July 2019, the amount due had increased to more than $16,000. The Association then assigned the amount due to Allied Trustee Services. 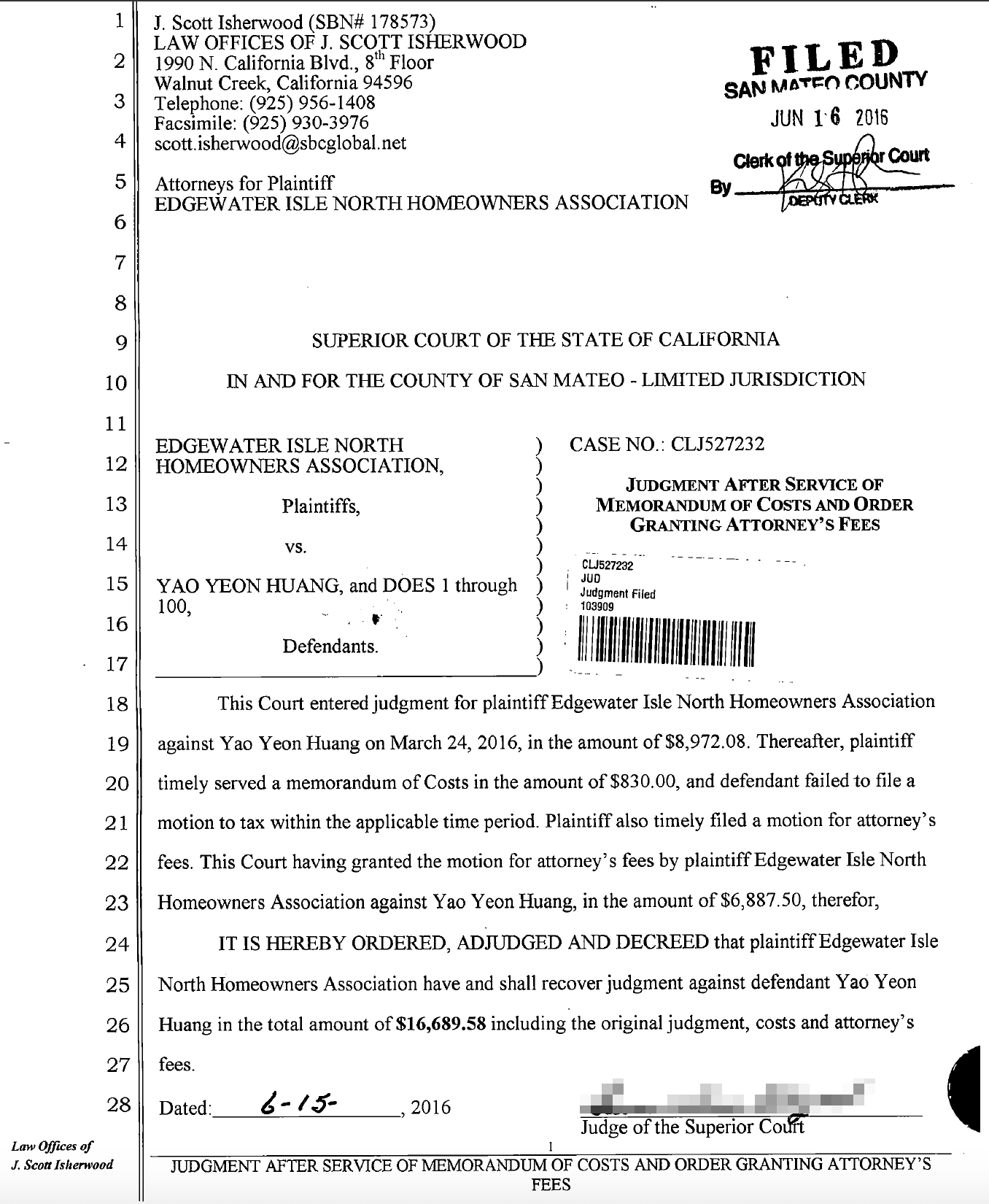