The hearing was held on June 16, 2017. The plaintiff and defendant both appeared. A judgment was awarded to the Association in the amount of $3,190.71.

It took the Master Association, through their collection agency ASAP, a year and one half to file an acknowledgment that the amount had been paid in full on September 1, 2017. 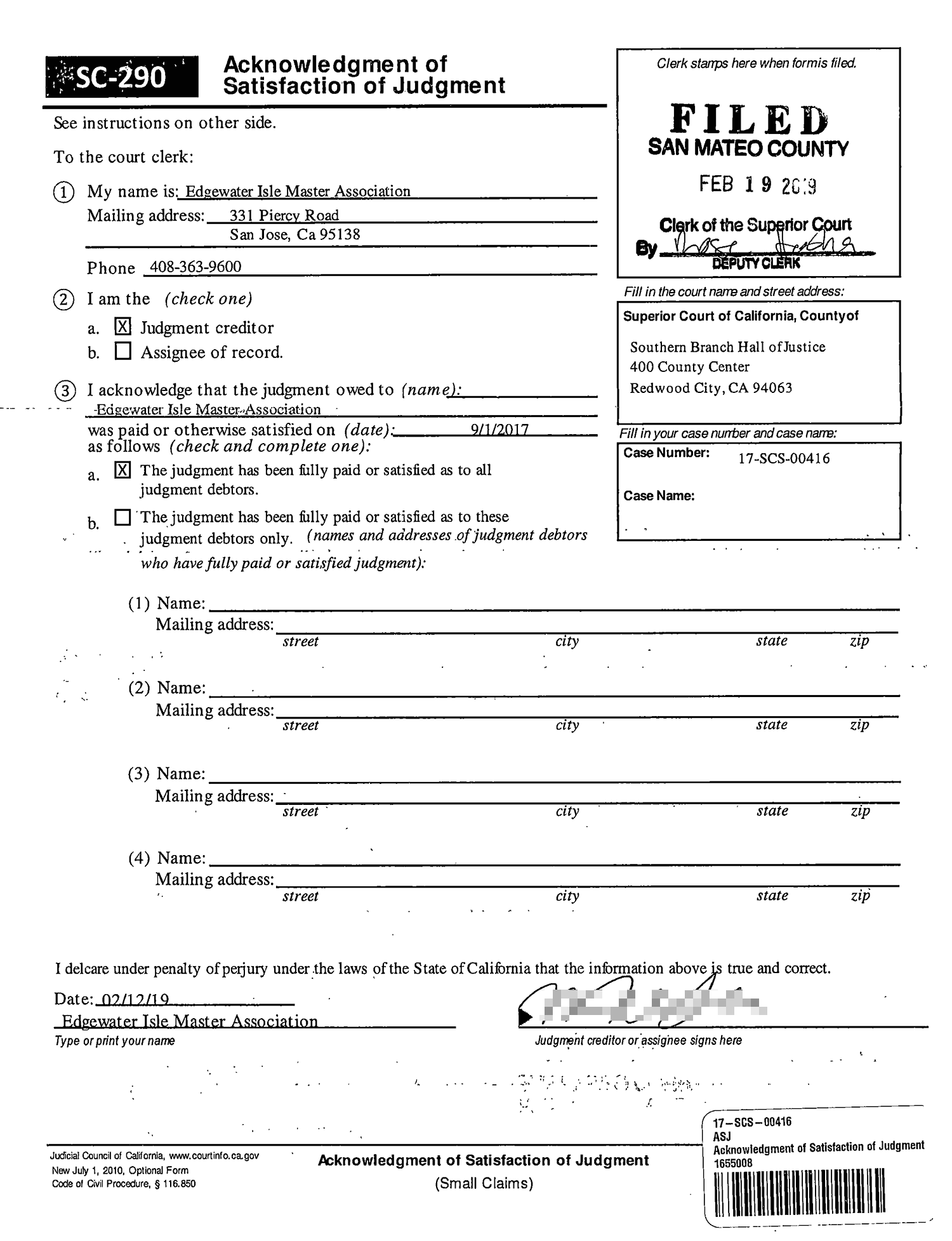