Anatomy of a Foreclosure

1905 Vista Cay fell victim to a bank foreclosure auction on September 28, 2009. This unit had been on the market for 15 months, had received offers, but all fell through for whatever reason. But upon closer look at 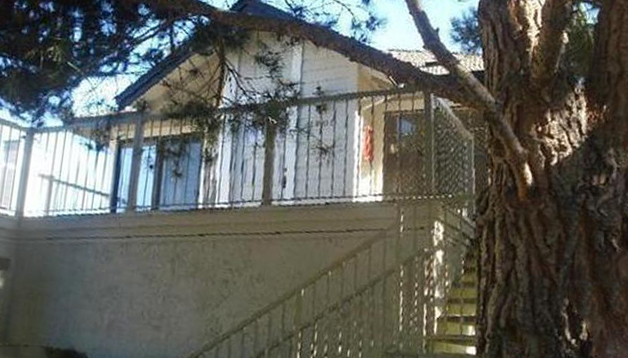 this foreclosure, you'll begin to wonder who the victim is here and think about how this situation is illustrative of the larger problem occurring throughout this country.

John and Wendy Volmert purchased this condo on June 2, 1988, for $129,000. Documents recorded at the San Mateo County Recorder's Office show that this unit was refinanced, including second mortgages, at least 7 times in the 20 years the Volmerts owned it. In those 20 years, the debt continually increased from its initial loan to an amount that was over 3 times the original purchase price.

John and Wendy Volmert continued on this path of incurring high debts to leverage for other assets but ultimately filed Chapter 7 bankruptcy in United States Bankruptcy Court, District of Colorado in July 2011, naming Edgewater Isle Homeowners Association and San Mateo County Treasurer (for property taxes) as creditors — eliminating their unpaid dues and taxes.

How did this happen?

The owners took out second mortgages as follows:

Where did all that money go? To buy fast food franchises.

John Volmert, and his wife Wendy, own two Cold Stone Creamery franchises and plan to buy more. They just closed on a third franchise, with the site still to be selected. John Volmert declined to say how much he has invested in the stores, but the Web site said the initial franchise fee is $35,000 ($40,000 in the New York metro area), with a total investment of between $257,335 and $366,670."

So, the bottom line here is that banks continued loaning money out on real estate they figured would continue to only go up.

The owners took every last penny of equity (and then some) they could squeeze out of a condo they rented out, and two homeowners associations are left holding the bag on over $2,500 in unpaid dues (this amount is the actual unpaid dues, not the late and other junk fees added on in foreclosure, according to lien documents recorded at the San Mateo County Recorder's Office) apparently all to fund the purchasing of fast food restaurants out of state.

1905 Vista Cay reverted to bank ownership on September 28, 2009. There were no bidders at a trustee's sale. Here are the public notices that were published and the trustee's deed that was issued that legally removed title from John and Wendy Volmert and reverted back to the bank.

YOU ARE IN DEFAULT UNDER A DEED OF TRUST DATED 04/12/2006. UNLESS YOU TAKE ACTION TO PROTECT YOUR PROPERTY IT MAY BE SOLD AT A PUBLIC SALE. IF YOU NEED AN EXPLANATION OF THE NATURE OF THE PROCEEDING AGAINST YOU YOU SHOULD CONTACT A LAWYER.

Notice is hereby given that RECONTRUST COMPANY N.A. as duly appointed trustee pursuant to the Deed of Trust executed by WENDY J. VOLMERT AND JOHN M. VOLMERT. dated 04/12/2006 and recorded 05/10/06 as Instrument No. 2006-070181 in Book - Page - of Official Records in the office of the County Recorder of San Mateo County State of California will sell on 08/27/2009 at 1:00PM At the Marshall Street entrance to the Hall of Justice and Records 400 County Center Redwood City CA 94061 at public auction to the highest bidder for cash or check as described below payable in full at time of sale all right title and interest conveyed to and now held by it under said Deed of Trust in the property situated in said County and State and as more fully described in the above referenced Deed of Trust. The street address and other common designation if any of the real property described above is purported to be: 1905 VISTA CAY SAN MATEO CA 94404. The undersigned Trustee disclaims any liability for any incorrectness of the street address and other common designation if any shown herein. The total amount of the unpaid balance with interest thereon of the obligation secured by the property to be sold plus reasonable estimated costs expenses and advances at the time of the initial publication of the Notice of Sale is $393,223.09. It is possible that at the time of sale the opening bid may be less than the total indebtedness due. In addition to cash the Trustee will accept cashier's checks drawn on a state or national bank a check drawn by a state or federal credit union or a check drawn by a state or federal savings and loan association savings association or savings bank specified in Section 5102 of the Financial Code and authorized to do business in this state. Said sale will be made in an ''AS IS'' condition but without covenant or warranty express or implied regarding title possession or encumbrances to satisfy the indebtedness secured by said Deed of Trust advances thereunder with interest as provided and the unpaid principal of the Note secured by said Deed of Trust with interest thereon as provided in said Note plus fees charges and expenses of the Trustee and of the trusts created by said Deed of Trust.

In July 2011, John and Wendy Volmert filed bankruptcy in the United States Bankruptcy Court, District of Colorado, listing estimated debts of greater than $3,081,000 and cash in checking and savings accounts of $84.13. Court record shows their initial filing was incomplete.

Ultimately, the leveraging of a condo to buy fast food franchises fell apart like a house of cards.

What Happens at a Foreclosure Auction

See what happens at the San Mateo County courthouse when an Edgewater Isle condo is put up for sale in a foreclosure auction.

Edgewater Isle Will Foreclose On You for Unpaid Dues