This is always going to be a tough one for a resident or homeowner to win. Edgewater Isle has an elaborate maze of parking rules, which are largely defined in the "Rules" booklet that all owners should have. 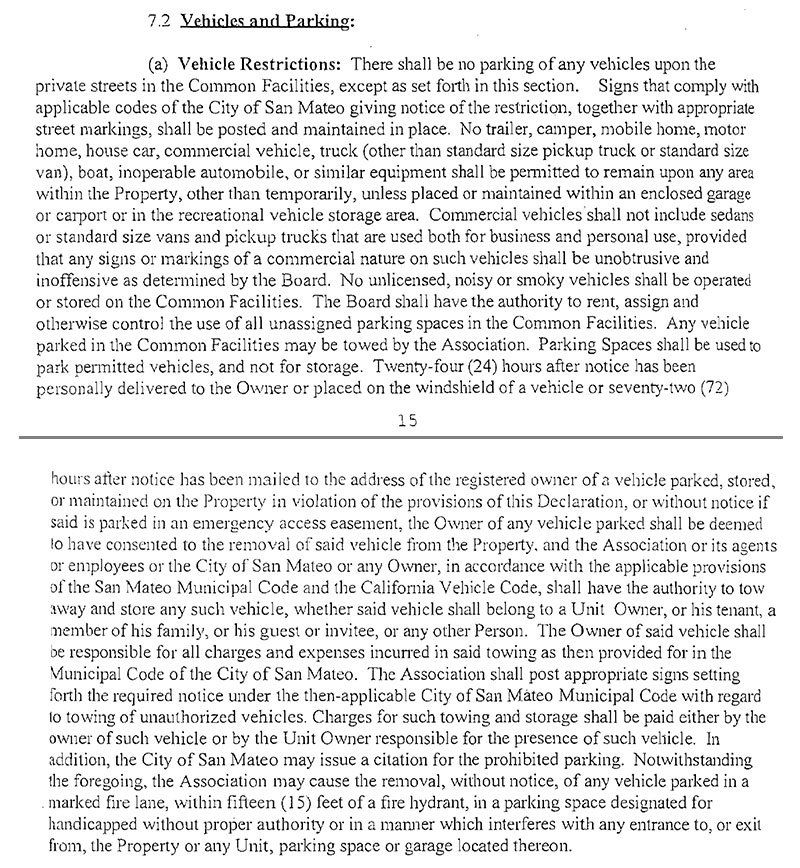 The hearing was held on May 25, 2012. The resident argued that he was unfairly targeted to be towed from the association, and after having received 4 previous citations and being towed anywhere from once to four times previously (depending on who was testifying), he thought he was being unfairly targeted. He was asking for $442 which included the towing and lost wages.

The plaintiff brought the parking rules into court as an exhibit and said that he did not park in a visitor space more than 3 days in one month. But that's not really what the rules say:

The judge asked the plaintiff why he thought the second sentence should apply to him but not the first.

The plaintiff further attempted to bolster his claim that he was being unfairly "discriminated" against because he had just bought a new car and he had left it parked in a visitor space for 5 days now and he hadn't received a ticket. The judge then pointed out that he just admitted he broke the rules for the previous 5 days. (This is why lawyers tell their clients to shut up.)