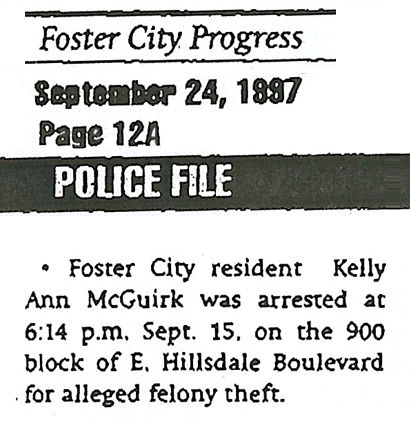 Kelly McGuirk's 1997 arrest for felony theft made the local newspaper. The (now defunct) Foster City Progress on September 24, 1997 featured the item on the right in its Police File column.