The case was heard on August 12, 2004, and the defendant did not appear. The association received a default judgment against the homeowner.

On September 2, 2004, the Edgewater Isle South association moved for the sale of the condo and a debtor's examination hearing.

The debtor's examination hearing was held on December 7, 2004. The defendant homeowner did not appear. A bench warrant was issued against her for the judgment amount of $5,464. 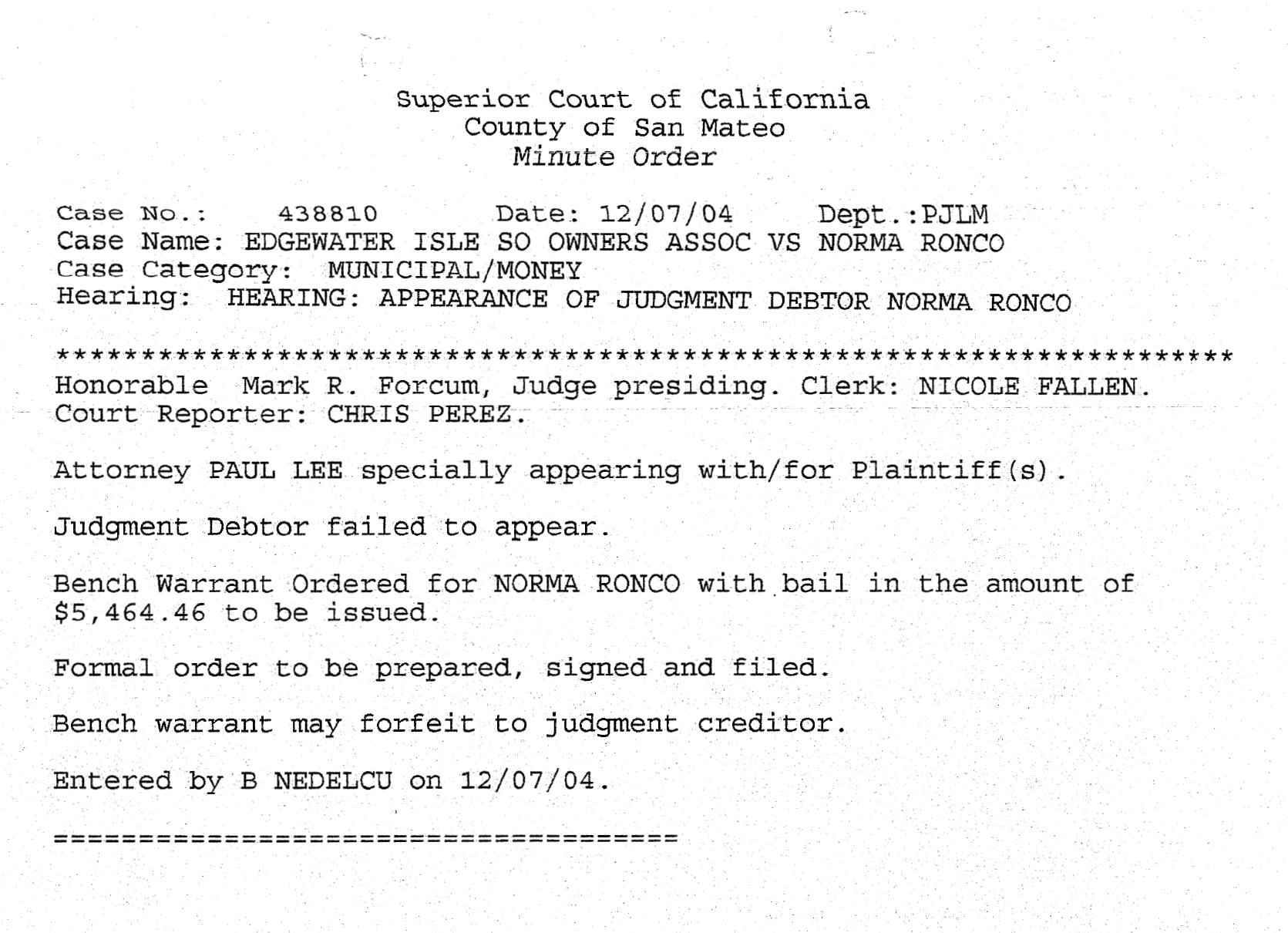 On August 26, 2005, the delinquent homeowner paid this judgment, and the case was closed.

The homeowner continued to fail to pay dues, and the South association filed a second complaint for delinquent dues on December 6, 2007.

On March 19, 2008, the association again received a default judgment against the defendant: