The Master Association wasted money to have an attorney obtain a "trademark" on the 25-year-old "Edgewater Isle" image that appears in the entrances of the complex.

This logo is used by all three (maybe four) associations. This is same board of directors fails to use this trademark on any of its correspondence FOR YEARS, but just types "Edgewater Isle" in Microsoft Word at the top of any documemt. So why did they apply for the trademark?

This is their filing: 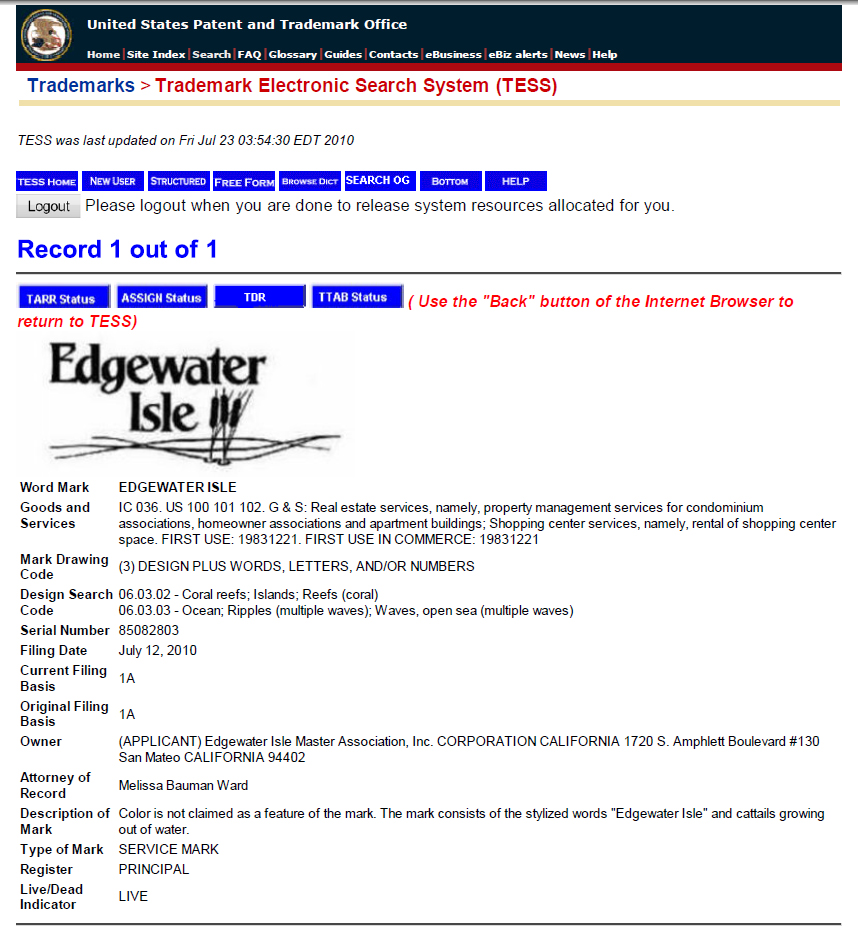 Twenty-five years after the Edgewater Isles were built, the Board of Directors spent (how much?) money on a Berding | Weil lawyer to obtain a trademark (service mark). Neither the Edgewater Isle Master Association nor its lawyers could name the font used in the words "Edgewater Isle." The lawyer just skates by with the term "stylized words." How lazy. They don't even know the name of their own font.

Where do they use the trademark?

Who knows? They didn't use it on their correspondence to announce the very next election. Why aren't they using it? 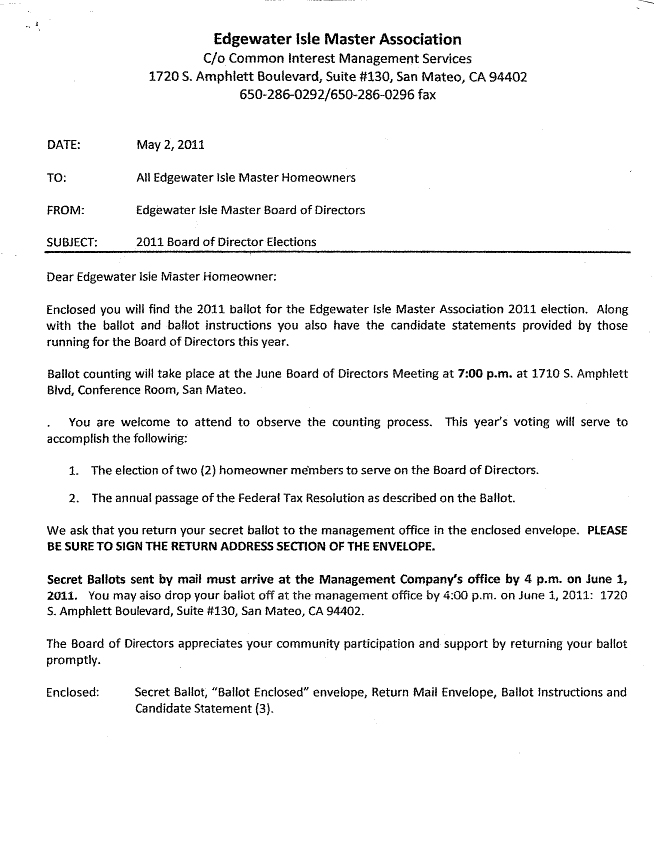 They're not using it because they really don't care about it. After spending the money to register this image, which has been unregistered for 25 years, why the sudden need to do it? Because they want to "shut down" this web site. That's why.

LOGO/Trademark: Motion seconded and carried to authorize Berding Weil to register a trademark for Edgewater Isle with a US Patent. This is contingent on the logo being the same logo that is currently on the Edgewater Isle Monument sign.

And as of today, , the website isn't shut down.