I have received your letter dated November 7, 2007.

You stated my sending a letter via UPS is "unacceptable and has been REPORTED to the local police department." However, the San Mateo Police Department was unable to find any such report on me. Of course, your letter was read. Further, they cannot find any criminal statute violated by sending a UPS letter. Therefore, please provide a copy or the number of the police report you purport to have been filed/reported.

Your assertion that I have had an "ANGRY TENOR" in phone calls to management is SIMPLY FALSE, and your attempt to represent me in this manner is unacceptable. You have not been involved in any of those phone calls, and the representation of such from the Association is part of their continuing, years-long harassment of me. The association manager, Nick Pargett, is notorious for hanging up on homeowners, faking that his em ail address is invalid, and ignoring email from homeowners, all of which can be substantiated by Edgewater Isle residents. If Nick Pargett does not like what you are saying, he simply HANGS UP. If Nick Pargett, does not like what your email says, HE IGNORES IT. I personally do not do em ail. Mr. Pargett operates the managing of our homes, our property; hidden from behind a PO Box, a cell phone, and an office door THAT NICK PARGETT KEEPS LOCKED during normal business hours making him inaccessible to homeowners. "Make an appointment" through the locked door Nick Pargett says.

Your letter stated that the October 18, 2007 petition did not contain identifiable and verifiable signatures of five members, who are all LEGAL OWNERS OF RECORD. Enclosed is a new petition, including the legal name of each listed homeowner, the signature and address. This petition EASILY meets the LEGAL CRITERIA of 5% of membership to call for a special membership meeting. I am sure the Association will now schedule the special meeting as MANDATED BY LAW by December 10, 2007.

You, Sandra Bonato, clearly stated in your letter "the Association will respond within the statutorily mandated time period." As we all know, a Recall of the Board, to amend the CC&Rs for mandatory voting for earthquake insurance is a LAWFUL PURPOSE FOR A SPECIAL MEMBERSHIP MEETING.

The Association is required by Corporation Code, Section 7511 to send a notice to the MEMBERS within 20 days of receipt of this petition.

LEGAL COUNSEL IS REQUIRED TO BE STRICTLY IMPARTIAL. 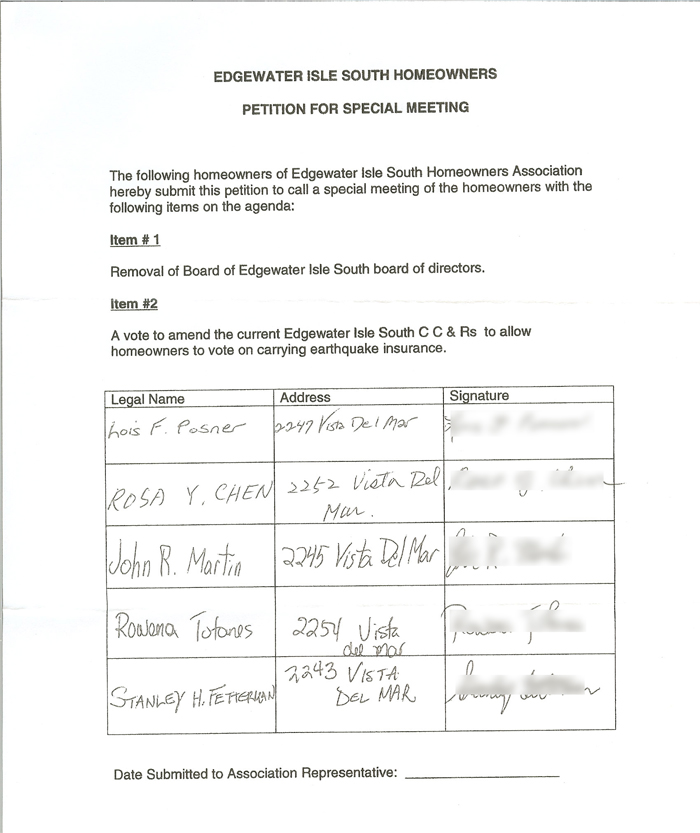 UPS shows this letter and accompanying petition were delivered by UPS on November 21, 2007. 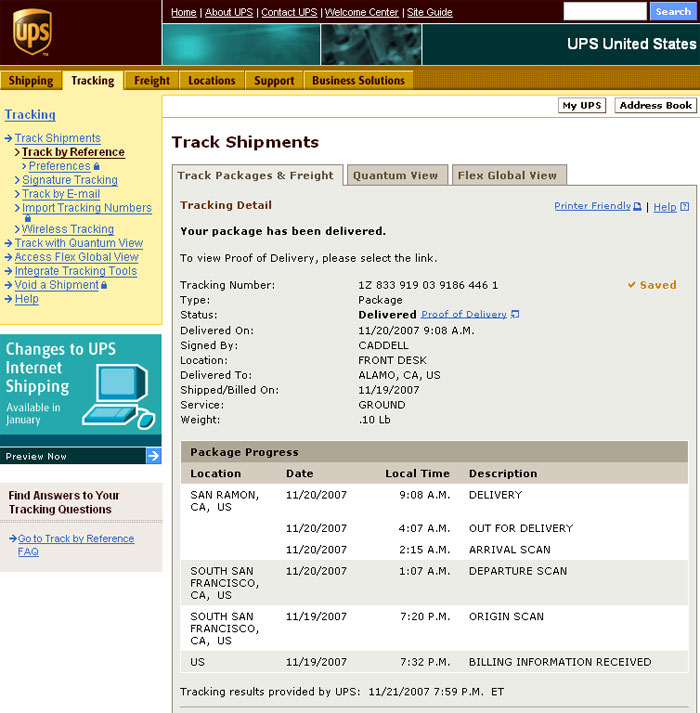