Both North and South associations sued their builders for construction defects, which were each settled and some minor reconstruction work commenced within each association.

Associations sue each other

Not all was harmonious: by 2001, factions developed between associations, and these associations were suing each other.

This is the original sales brochure from Edgewater Isle from November 1984. 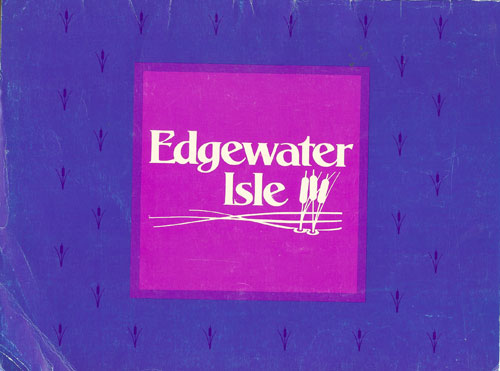 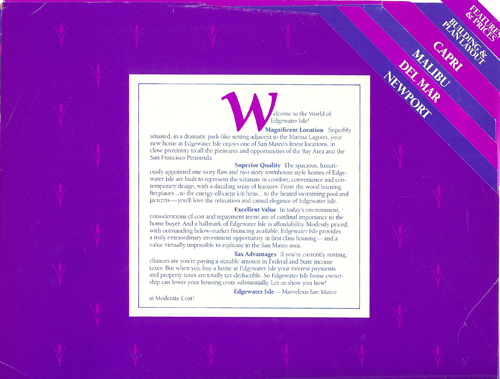 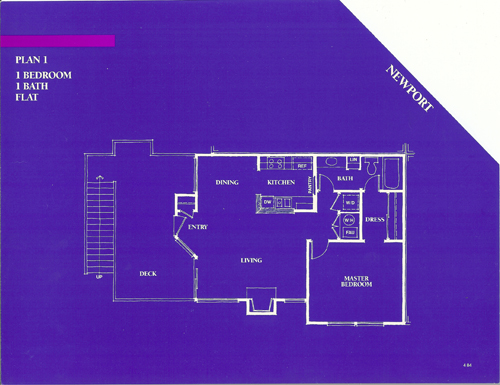 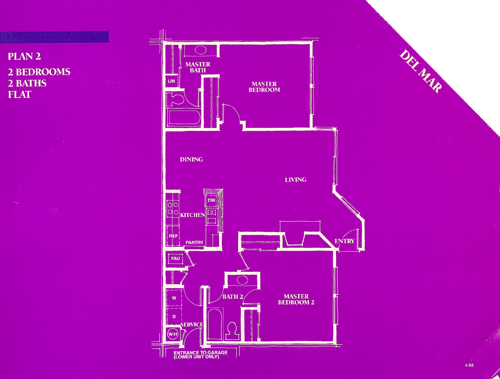 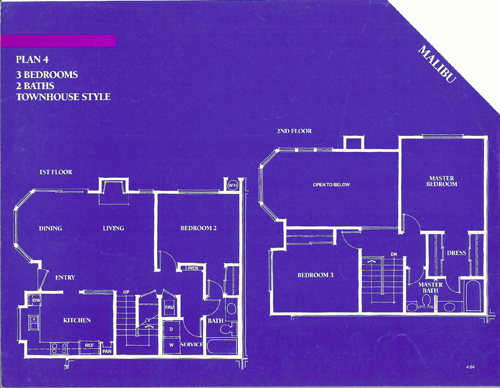 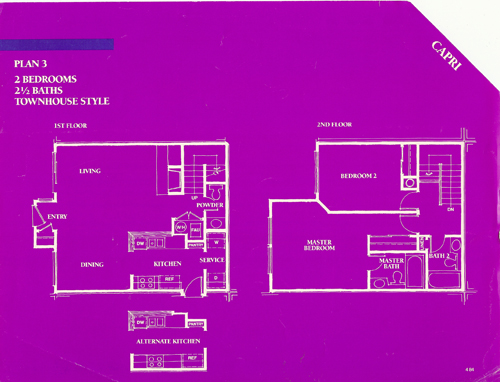 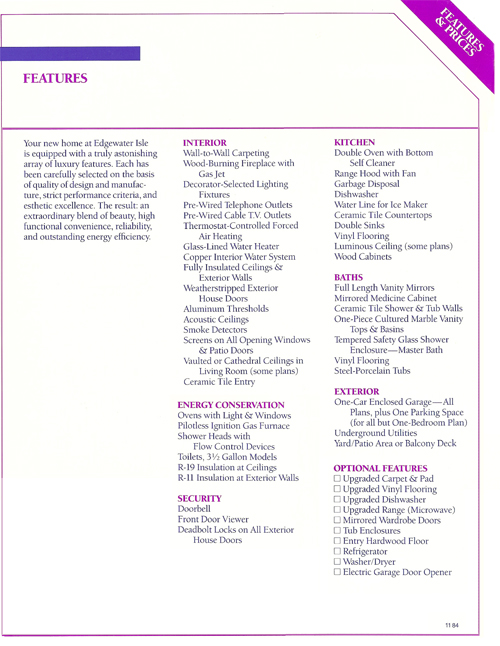 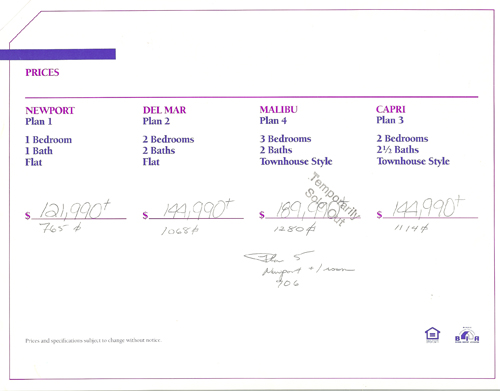 The original sales material provided by the developer of the Edgewater Isle South Association, initially known as "The Cove." Issued in approximately 1986. 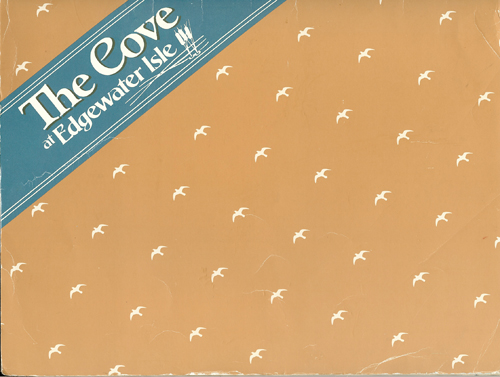 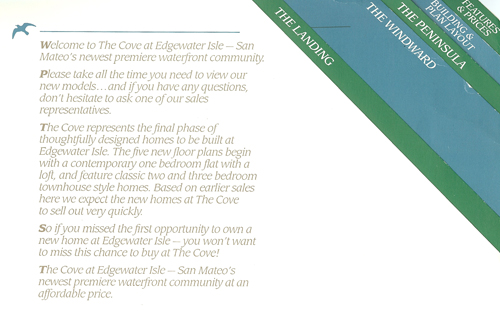 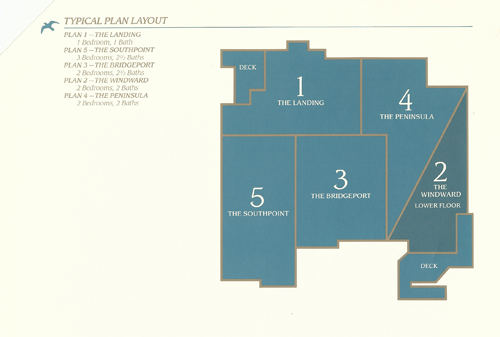 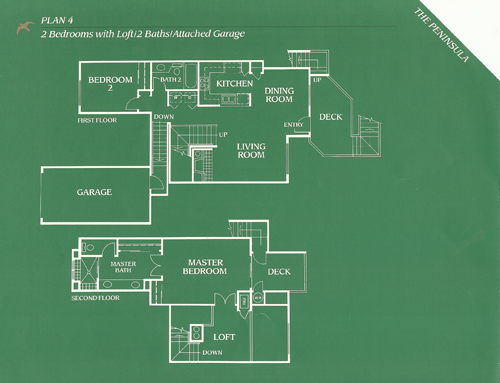 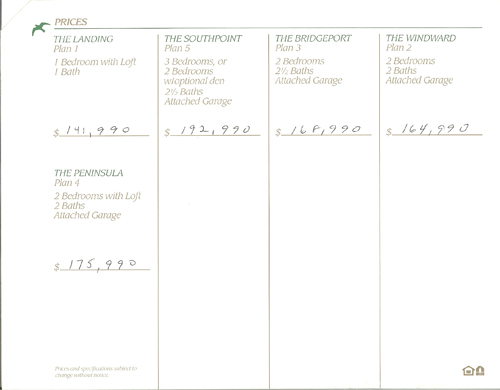