What happens at a foreclosure auction

EdgewaterIsle.com went the San Mateo County courthouse on September 28, 2009 as that day's auctions occurred. Below are our observations.

The group that gathered for foreclosures today at 1:00 p.m. was a well-prepared, familiar group on first-name basis with each other. They talk amongst themselves, joke, and share updates. One brings his own chair with built-in table, along with 2 portable, wheelie suitcases jammed full of paper. They are well-organized, frequently on cell phones, and armed with various printouts marked with highlights and notations. Many of these would-be bidders were talking about what stages their fixer-upper purchases were in, what is being painted or staged, and when they would be back on the market. These would-be bidders have done their homework, checked for HOA and tax liens, and already have the sellers' disclosure statements, not that it matters anymore: it has come to this. 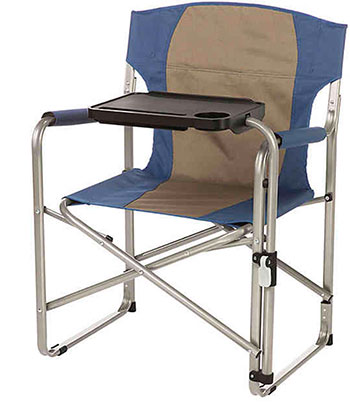 The first foreclosure auction is for a single-family home in Daly City. At first, it appeared as if it would not sell. The bidders are savvy — they wait until the "going twice" from the auctioneer before making a bid. Soon it becomes predictable: this group all waits until "going twice" to bid. The bids go up in increments of $50, $100, $1,000, or once as much as $5,000. It's all random. The winning bid goes to the guy who brought his own chair with built-in table.

The second unit up for foreclosure auction was 1905 Vista Cay. There were no bids. The property reverted back to the bank. One would-be bidder told me before the auction that he doubted it would sell as the bank's opening bid is too high. He also told me he would never buy a property being sold by a homeowners association because that lien is a junior lien. And because there are CC & R's — these buyers don't like CC & R's.

The bidders and would-be bidders were curious who I was writing for. As an obvious outsider in the midst of their familiar group, they asked me lots of questions, volunteered some information, but none wanted to give me their name. I'm not surprised. They'll likely all be back there tomorrow. Again with their papers and cell phones. And the chair with built-in table.

Public records show a tax lien has been filed for 2006.

Notice of Trustee's Sale for 1666 Via Laguna.

Notice of Default issued April 23, 2009. This property was listed for sale for over 2 years. One prior sale fell through. Edgewater Isle North association has also begun foreclosure proceedings on March 20, 2009. The property was foreclosed in September 2009.

Notice of Default. Public records show the 2nd installment of 2007 property taxes has not been paid. Notice of default filed September 14, 2009.