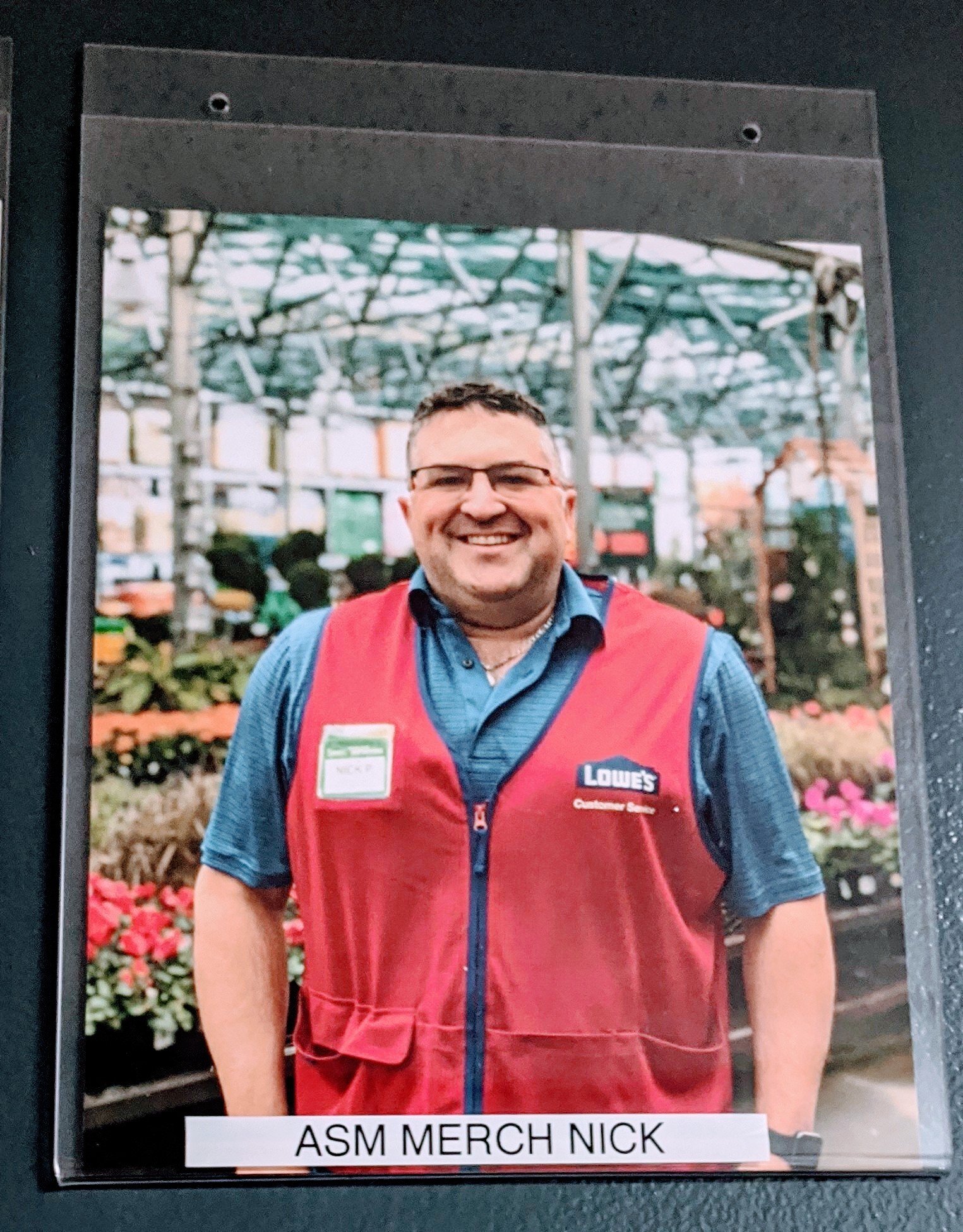 “Thought you'd like to know Nick Pargett works at the Lowe's in Redding CA, where he makes life hell for co-workers and customers alike.”

Which is really interesting, because when Pargett was at Edgewater Isle, he spread the same brand of magic here, too. And also over at Galway HOA. Oh, and this one over on Yelp. Until one day when Nick Pargett quit the association management business.

What ever happened to Nick Pargett?

An eagle-eyed reader sent news about former property manager Nick Pargett, the alleged property manager for Edgewater Isle Master Association who turned over his business to PML Management in 2008.

Pargett was not known for his warm and friendly tenor with the homeowners during his time at Edgewater, and, arguably, that trait appears to have followed him to Redding, California, where our reader sent us this: 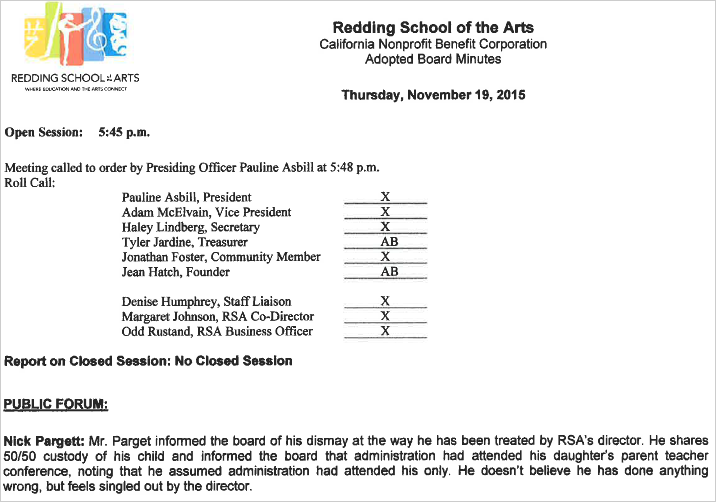 Public records show that Edgewater Isle Commercial Master Association, which was managed by Pargett Association Management, failed to pay California state taxes in 2005, resulting in a lien in 2007.

All homeowners within Edgewater Isle, both North and South homeowners, pay Commercial Master dues. Pargett Association Management had control of the dues and failed all homeowners, along with the owners of The Residence Inn and 2000 Winward Way, by not filing a timely tax return. One would think that would be part of the routine management of an association.

Pargett Association Management “gets out” of association management

Makes broad leap in assuming they were really ever in it

After months of poor reviews on Yelp, Yahoo Business, Galway HOA Blogspot, and this web site, the Edgewater Isle South Board of Directors sent a letter to Edgewater Isle South homeowners stating that Pargett Association Management has "decided not to continue working in the field," and PML Management Corporation would be succeeding them.

With leaves us with one question: was he ever really in it?

Taken from archive.org, Pargett.com site from 2002. 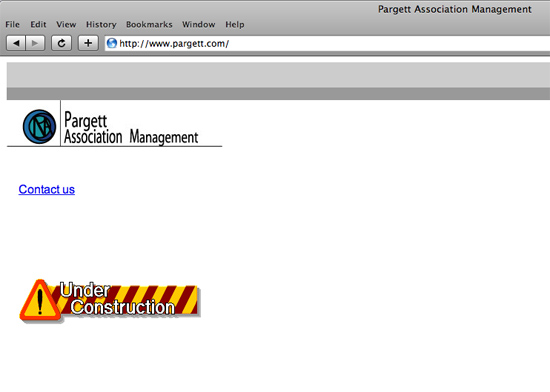 Pargett Association Management frequently publishes a post office box in Belmont as its mailing address. However, it has also started using 3 Waters Park Drive, San Mateo as its address. Was the use of the San Mateo office because of the home burglary at his house, where he had previously run his operation?

According to Pargett Association Management's Fictitious Business Name Statement, this business is run by an individual. So why then two different phone numbers? Why continue to use the cell phone for Edgewater Isle?

Nick Pargett, formerly of alleged property management company Pargett Association Management, chose to act outside his property manager responsibilities and took it on himself to call the City of San Mateo. Using grade school tactics on a homeowner (i.e., the same ones who pay his salary) he chose a rather unprofessional route of dealing with an issue.

How to do business with Pargett Association Management

If you try to do association business with this alleged property management company during normal business hours, you will encounter an always-locked door 3 Waters Park Drive, San Mateo: 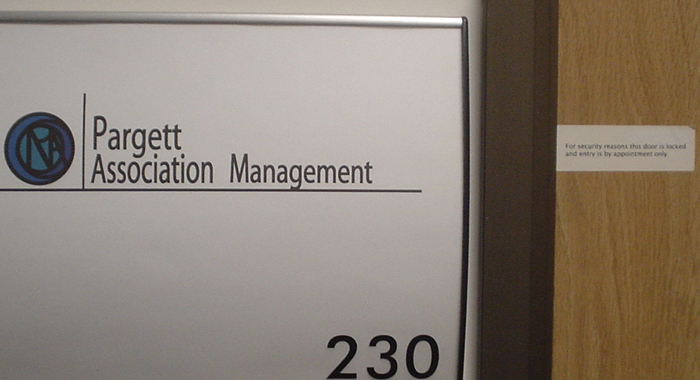 Out of curiosity, what are the "security" reasons? Pargett apparently does not think highly of his clientele.

On November 1, 2007 at 2:08 p.m., normal business hours, Nick Pargett refused to answer his locked office door to meet a homeowner who stopped by on association business.

Homeowner knocked on door, Mr. Pargett replied "Who's there?" After hearing the reply, Mr. Pargett said, “Make an appointment.” Petition to remove board of directors was slipped under the door and witnessed by two individuals. Then, later that day, after refusing to answer the door, Mr. Pargett pretended his email address was invalid (see below).

So any owner who wants to serve Pargett Association Management should serve the subpoena to Nick's home address instead.

However, a little investigation into such email by the initiated shows that Mr. Pargett did indeed receive the email and wanted the sender to think his email address was invalid by using Apple Mail's "Bounce" feature:

Hi Nick: Nice try! You're not the only one with a Mac. And you may want to bone up a little on how those internets work. And don't be dishonest with people: others may know a little bit more about the Internet than you apparently do.

Update: Pargett Association Management's negative reviews are up 100%! Now up to 4 one-star reviews (not to be confused with a four-star review). And, BONUS, at least three of these reviews don't belong to EdgewaterIsle.com staff members.

"does not return phone call, respond to emails or any other written form of inquiry"

Hum......where have we heard that before?

Q: What do Edgewater Isle and Galway Homeowners Association share in common?

A: Pargett Association Management, frustration, and finally — savvy communication via the Internets (in that order).

Sample from other HOA's blog:

Galway HOA homeowner Tony Green posted this blog over two years ago, but, gee, how some things never change. Through the magic of Google goodness, we bring it back for all to enjoy.

BONUS: How many similar frustrations do you share with Galway's owners?

If you ask a hard question, you should get a swift and courteous answer, not a threatening letter from the BOD's lawyer.

Hello? Does the Edgewater Isle board of directors get it? Pargett Association Management's usual method of operation is antagonization and "lawyering up." This drives up costs for the homeowners. Homeowners should be demanding better.

Two blogs from Galway members regarding their frustrations with Pargett Association Management. Here's one blog*. The second one will be appearing shortly appears above.

Another poor review for Pargett Management

Thanks to a reader who pointed to this: Pargett Association Management's one and only entry on Yelp.com details still yet another homeowner's frustration with this management company:

"Phones are mostly answered by a voicemail system and calls are often not returned."

And that's the nice part. Read the full review. Let's take bets to see how long it will be before the shill fluff entries begin to appear.

Update: original review seems to have been moved. Here is the text and a screen shot of it:

If your homeowners association is in need of a property manager, I would recommend staying away from this one person outfit. This firm, solely run by its principal Nick Pargett, is an operation that apparently is hanging by a shoestring. Based on the way firm is run, one may conclude that the firm does not manage enough associations to run a professional operation. Phones are mostly answered by a voicemail system and calls are often not returned. If a homeowner is in need of service, my experience is that Pargett will not likely provide this unless forced to by mounting pressure. A recent story found online points that Pargett allegedly deposited a significant size check inappropriately and did not belong to the organization it was deposited to. He has a record of working with boards that spend vast amounts of money that are significantly above the average, which results in very high monthly and special assessments. While the firm does have a domain name, the webpage has been under construction for years and is limited to a "contact us" email link. To find more information about this firm, I would recommend doing a Google search for either "Nick Pargett" or "Pargett Association Management."

A reader writes to let us know:

name = XXXXXXXXXXXX
date = Date: Tue, 22 Jul 2008 15:42:33 -0700
email = xxxxxxxxxxxxxxxxxx@msn.com
Comments = Nick Pargett is not licensed by the DRE (Department of Real Estate). In California one must be a Broker or under a Broker's license to practice property management. Just food for thought.

Thanks to the reader. If we all had known this a while ago. Maybe the Boards of Directors will exercise a little more caution before willy nilly turning over the management of other people's money to any schmuck. One only wonders if there are any legal consequences for practicing for the last 5+ years without being licensed.