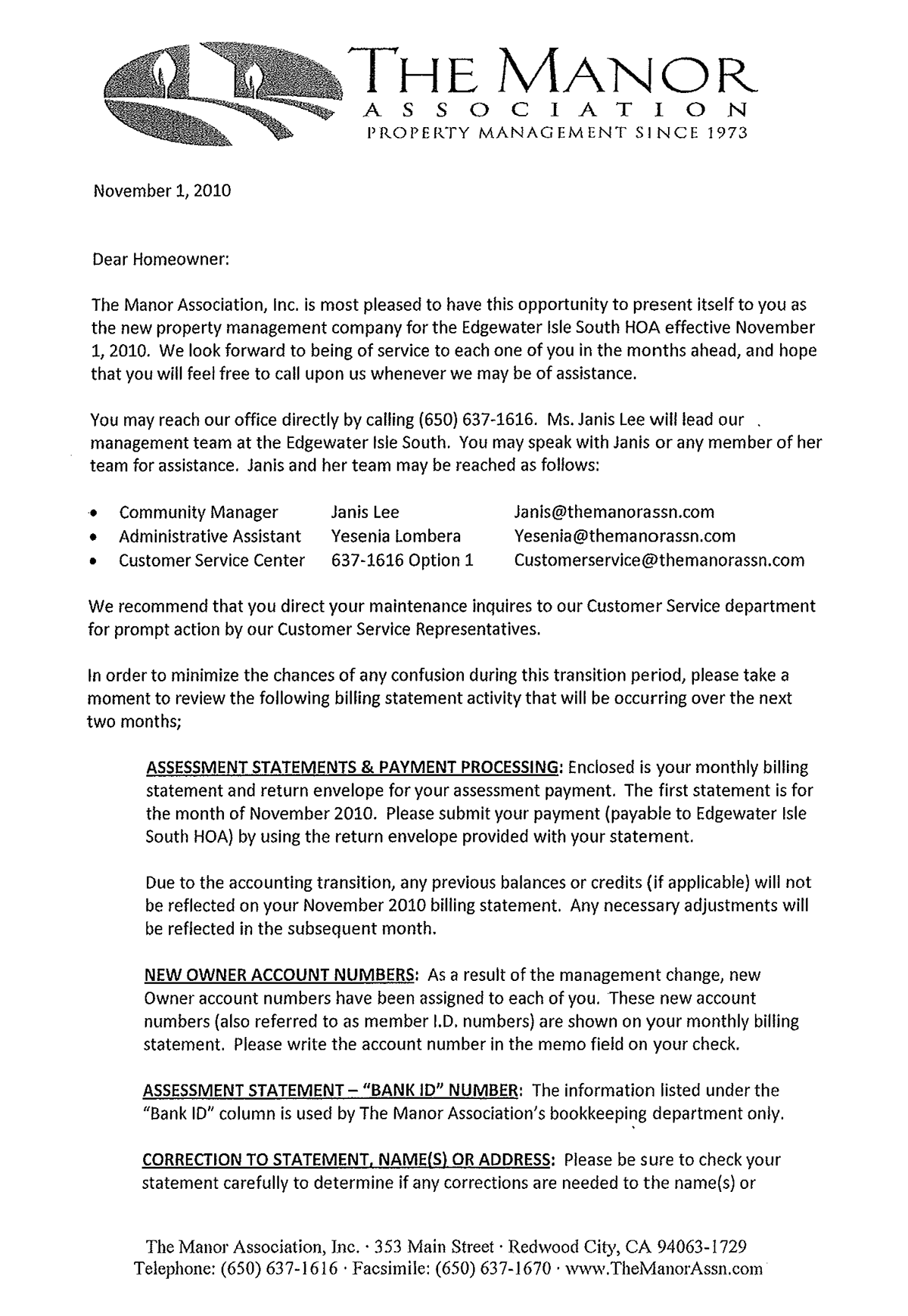 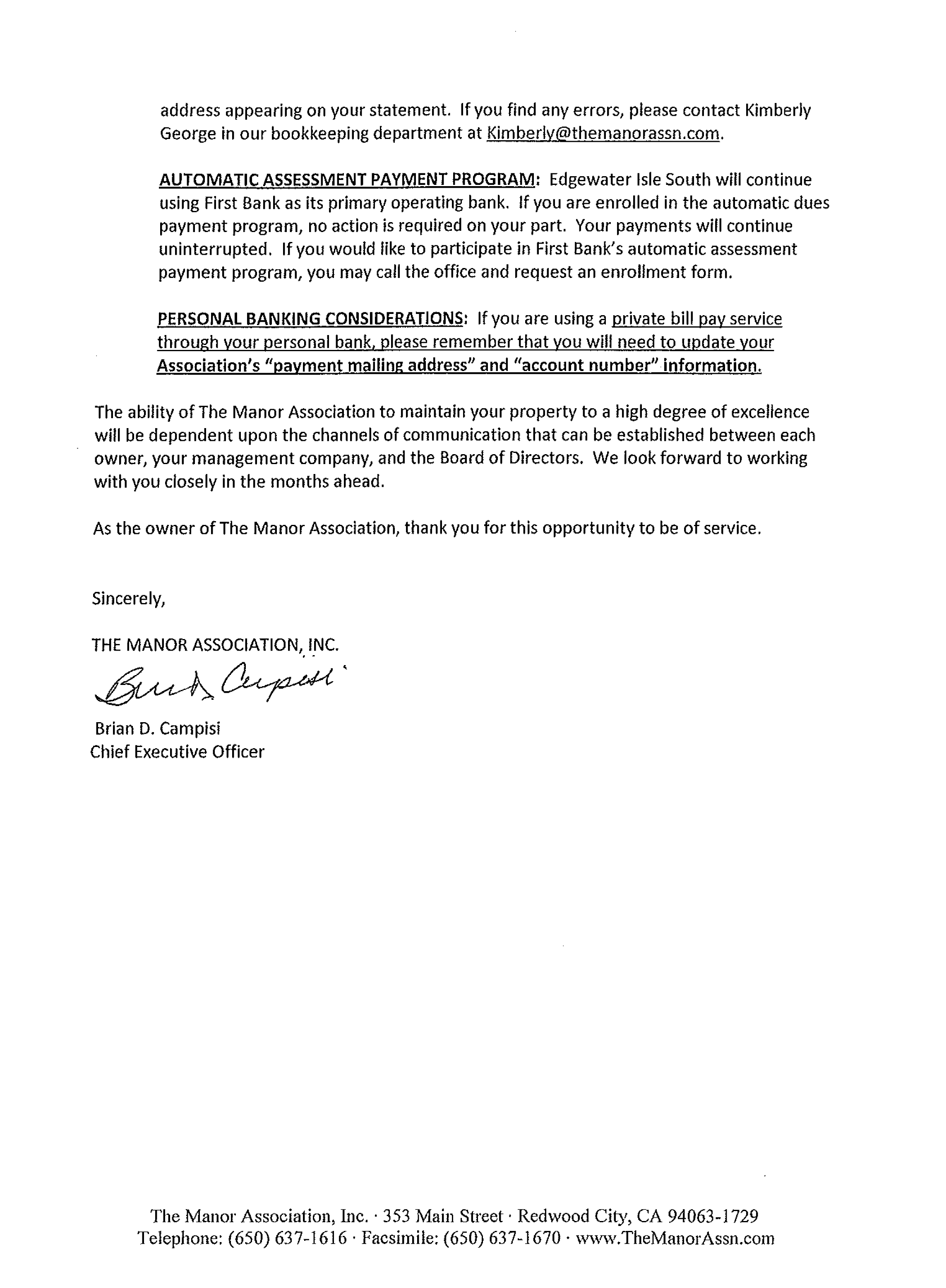 A frustrated homeowner writes us asking for help as no one from Manor Association has returned their calls.

REDACTED REDACTED on behalf (POA) NAME REDACTED ADDRESS REDACTED Vista del Mar.
I have been attempting to deal with Janis Lee at The Manor and we had a what I felt was productive communication via both voice and email regarding an REDACTED SUBJECT HERE.

In January, Janis told me she would discuss the situation and redacted issue here with the board. In late Jan she sent me an email saying she was out of town but would contact me with an update.

Since then, I have had no response to either my voice or email messages trying to re-establish contact with Janis. Other than an operator who assures me Janis will get back to me, no one else seems to answer their phones.

I am hoping that you can either forward this to the HOA board or an individual member(s) because the Manor will not give out any information.

While I was composing this, Janis' three-days-on-the-job assistant returned my call (surprise!) and said Janis has been out ill but I refuse to believe that she's been ill three months!

Any help is appreciated. Nick was at least easy to find.

Read the latest events in the attempted murders case that occurred in 2019.