In January 1997, Sylvia Morrison wrote a letter to the then-management company, Franciscan Property Management in Redwood City about Irwin and Lois Moxi Posner. 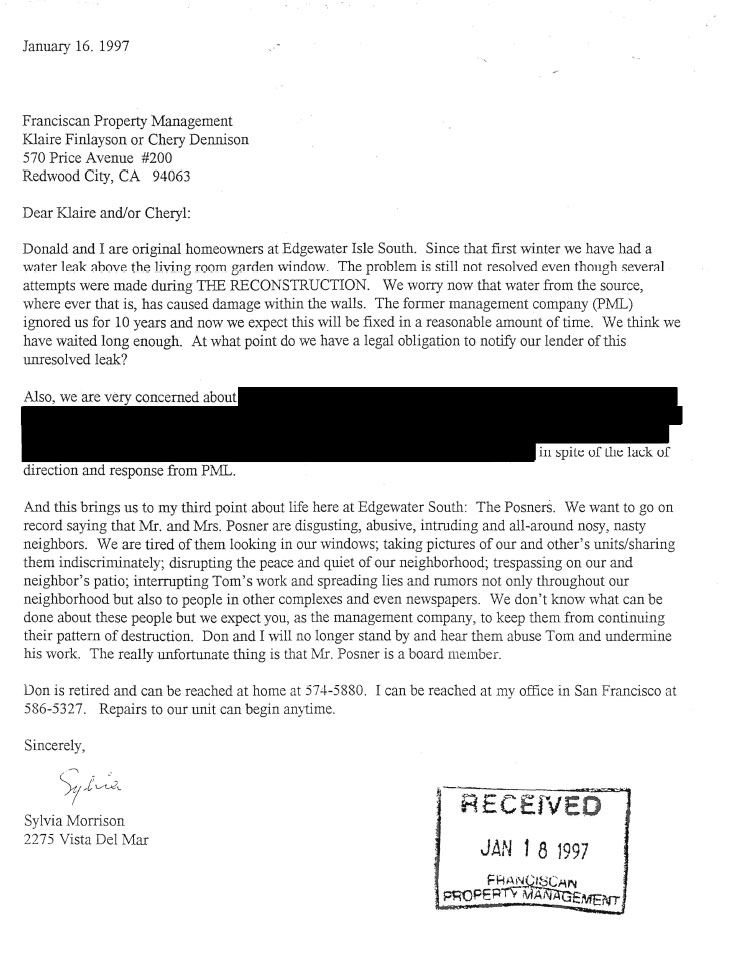 and ends with a small claims case against the maintenance employee

After the 1996 letter campaign, in 1997 the Posners brought a small claims case against the Edgewater Isle maintenance staff employee who was mentioned in the above letter.