And doesn't replace them. The "dramatic park-like setting" slowly being eradicated.

Edgewater Isle North has removed countless established trees throughout the association and has failed to replace them, leaving homeowners with a loss of privacy and a loss of shade. Many homeowners may have bought their place with these trees in mind. Most of the removed trees have been at the complex since it was built over 30 years ago.

Imagine you're a homeowner in a homeowners association who bought their "unit," or as some would call it your "home," and it had a number of trees surrounding it. Then imagine that over the years the homeowners association removes every single tree around your home and does not replace a single one. Even worse, imagine you're an original homeowner and you still have your original sales brochure because you bought when the place was new and you were sold this bill of goods about a "dramatic park-like setting":

Imagine your source of shade that shields your house on hot days is gone. Imagine the trees that give you privacy in your house are gone. Imagine the homeowners association leaves you with less and less each year while the head of the landscaping committee always gets a little something for herself.

This is what's happening at Edgewater Isle. Edgewater Isle has systematically removed trees over the years, leaving homeowners without privacy and without shade. While the acacia trees in question may have been messy with lots of little yellow fuzzy droppings, the shade and privacy are worth the trade-off. Why has Edgewater Isle failed to replant these trees with real trees instead of substituting a large potted plant in the place of one tree that was removed? 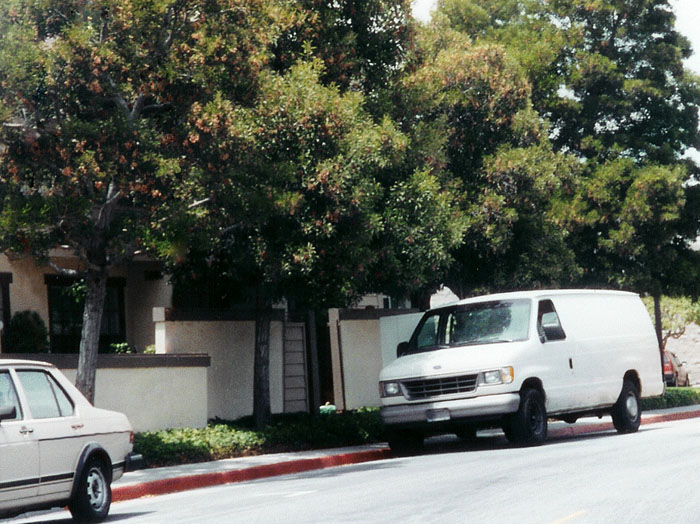 Here, there are 4 acacia trees. One by the short fence, one by the taller fence, and 2 behind the white van. 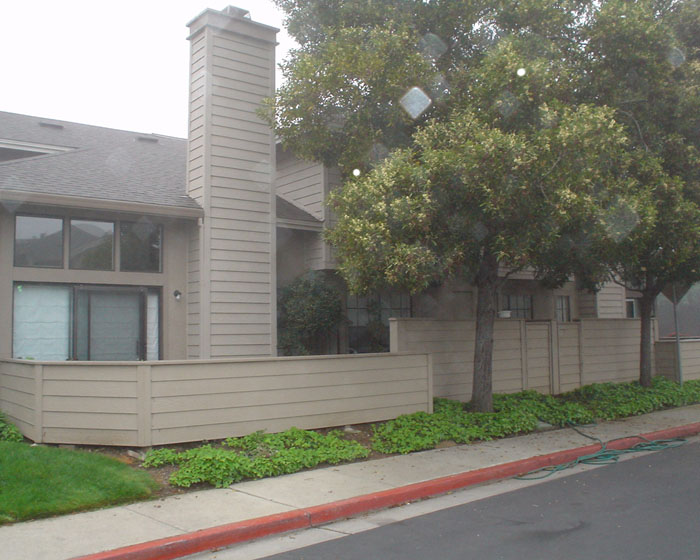 A few years later, the association has removed the tree in front of the short fence, leaving a gaping hole in its place. The tree by the tall portion of the fence remains, as do the 2 to the right of it. 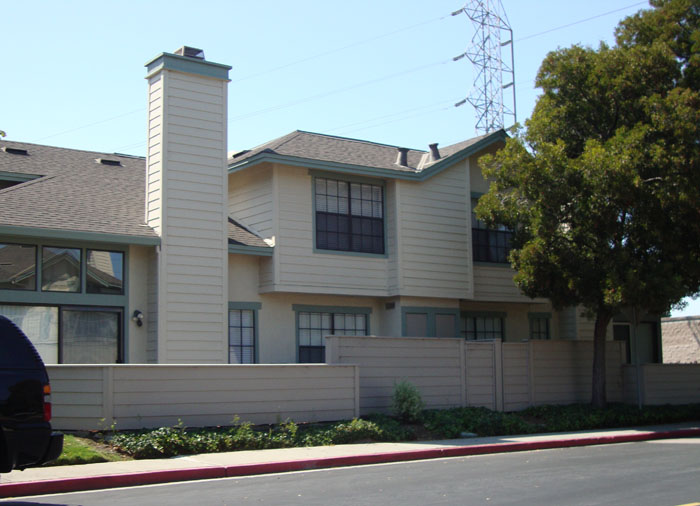 Now in 2011, the tree clearly shown in the photo above has been replaced with a shrub. This shrub will never replace the shade and privacy offered by the tree the association removed and failed to adequately replace.

Doesn't the City of San Mateo have a permit requirement for the removal of trees and/or aren't these trees supposed to be replaced?