Attempted murder suspect Michael Punzal sits in the back of a San Mateo Police patrol car after surrendering to the SWAT Team Monday afternoon on the 1700 block of Vista Del Sol in San Mateo. Punzal was wanted for two driveby shootings in San Francisco. He was taken without incident. 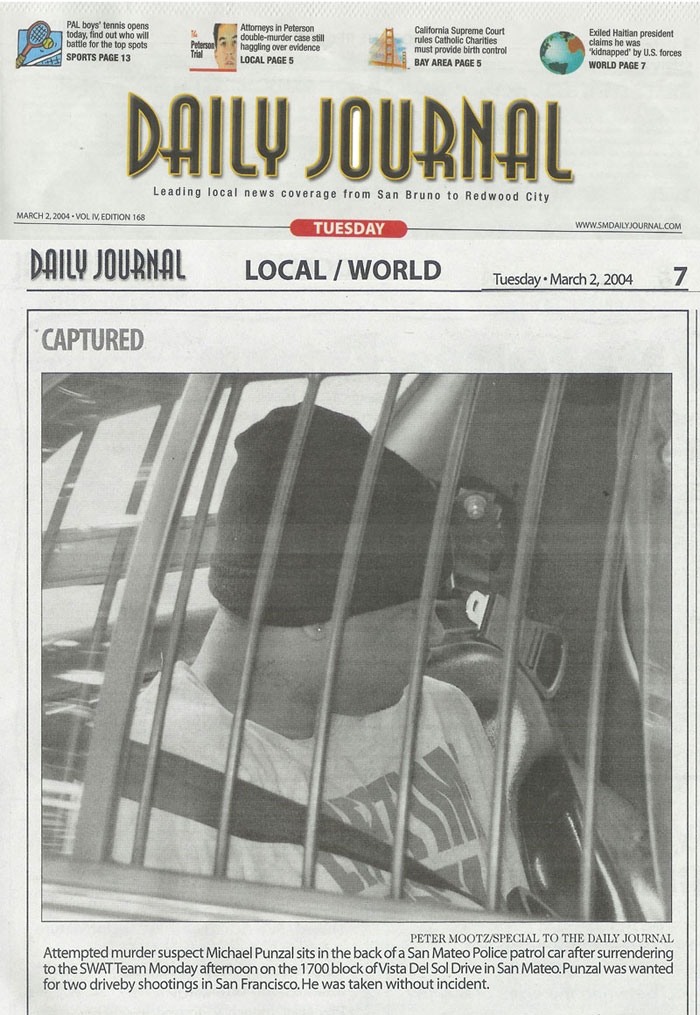