Considerable number of calls for “disturbances*” from Via Laguna 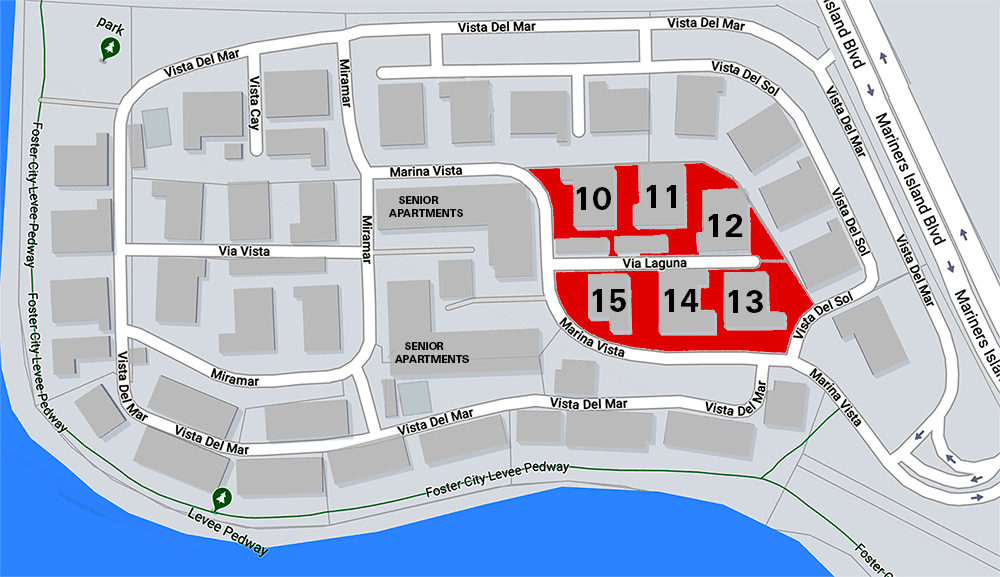 Police logs show frequent calls for police assistance come from one part of Edgewater Isle, the street Via Laguna. Via Laguna has (by far) the highest number of calls to the San Mateo Police Department for disturbances*, dwarfing much longer streets such as Vista Del Sol and Vista Del Mar.

*"Disturbance" is the term that the San Mateo Police uses to include domestic violence.

An alarming cluster of calls to police from Via Laguna

These calls below are all after the January 13 arrest of Mark Anthony Tilds of Via Laguna, accused of domestic violence.

Homeowner arrested in disturbance on Via Laguna

For approximately the 10th time, police were called to a home in the 1600 block of Via Laguna for domestic violence charges. Records show that on January 13, 2021, at 7:17 p.m., San Mateo Police responded to a woman requesting assistance in responding to her husband who allegedly threw a vacuum at her and which resulted in an abrasion. Reporting party declined medical assistance.

When a battery is committed against a spouse, a person with whom the defendant is cohabiting, a person who is the parent of the defendant’s child, former spouse, fiancé, or fiancée, or a person with whom the defendant currently has, or has previously had, a dating or engagement relationship, the battery is punishable by a fine not exceeding two thousand dollars ($2,000), or by imprisonment in a county jail for a period of not more than one year, or by both that fine and imprisonment. If probation is granted, or the execution or imposition of the sentence is suspended, it shall be a condition thereof that the defendant participate in, for no less than one year, and successfully complete, a batterer’s treatment program, as described in Section 1203.097, or if none is available, another appropriate counseling program designated by the court. However, this provision shall not be construed as requiring a city, a county, or a city and county to provide a new program or higher level of service as contemplated by Section 6 of Article XIII B of the California Constitution.

Any person who willfully threatens to commit a crime which will result in death or great bodily injury to another person, with the specific intent that the statement, made verbally, in writing, or by means of an electronic communication device, is to be taken as a threat, even if there is no intent of actually carrying it out, which, on its face and under the circumstances in which it is made, is so unequivocal, unconditional, immediate, and specific as to convey to the person threatened, a gravity of purpose and an immediate prospect of execution of the threat, and thereby causes that person reasonably to be in sustained fear for his or her own safety or for his or her immediate family’s safety, shall be punished by imprisonment in the county jail not to exceed one year, or by imprisonment in the state prison. 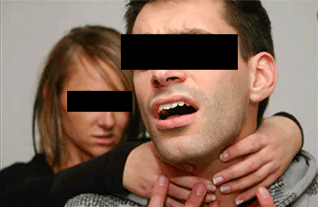 On June 26, 2020, at 1:31 p.m., San Mateo Police say a man who lives on Via Laguna reported he was in a fight or disturbance with his wife, who had tried to choke him at some point.

The man did not want to press charges and was not at home when he made this call. He was provided the same civil procedure advice as the last time officers spoke with him. No arrests were made.

Disturbance on Via Laguna 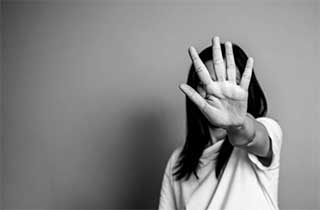 On May 7 at 8:53 p.m., the San Mateo Police report a woman on Via Laguna was arguing about bills with her intoxicated husband when he told her that he was "going to kill her," "threw the washing machine on her," and pinned her down. The woman complained of pain to her arms but declined a medical response. No weapons were reportedly involved.

No arrests were made in this incident, but the report taken has been sent to the district attorney's office for review.

Disturbance on Via Laguna

A man reported to the San Mateo Police that a homeowner on Via Laguna hit him during an argument, and that there were witnesses to this event. The man wanted to know what his options are.

Domestic violence incident on Via Laguna: arrest made

On July 27, 2017 at 8:59 p.m., a woman said that her husband came home intoxicated and hit her. Mark Tilds was arrested for domestic violence, a violation of California Penal Code § 273.5, which is defined as:

any person who willfully inflicts corporal injury resulting in a traumatic condition upon a victim described in subdivision (b) is guilty of a felony, and upon conviction thereof shall be punished by imprisonment in the state prison for two, three, or four years, or in a county jail for not more than one year, or by a fine of up to six thousand dollars ($6,000), or by both that fine and imprisonment.

A resident on Via Laguna reported an auto burglary (entering vehicle when there is evidence of forced entry, with the intent to commit theft). Reporting party believes it happened during the prior night.

A domestic violence disturbance on Via Laguna

At 11:08 on June 10, a reporting party on Via Laguna said that his wife had physically assaulted him yesterday and today. San Mateo Police took a report.

Disturbances reported on Via Laguna

The San Mateo Police Department has reported two disturbances on Via Laguna on April 1 and April 2, 2017.

The first incident shows a reporting party called and said that "his wife was beating him up" and that he did not want to be more specific.

The second incident shows a reporting party called and said his wife "was in verbal (sic) and kicked him out and he was trying to get back in."

Occurred on Via Laguna on December 20, 2016, at 4:39 when a man called police and reported that his wife was restraining him from walking into the garage. Kelly McGuirk was arrested on suspicion of a violation of California Penal Code 243(e)(1), multiple sources say. California's legal website shows PC 243 (e)(1) as “a battery is committed against a spouse, a person with whom the defendant is cohabiting.” Sources say that McGuirk was arrested within Edgewater Isle and was "booked" into the San Mateo County jail.

This arrest occurred the day after McGuirk was removed from the Edgewater Isle board of directors by a vote of members.

On December 8 at 5:24 p.m., a woman reported that a neighbor on Via Laguna made threats toward the her and she was concerned that was concerned about possible retaliation for calling the police on her other neighbor.

Harassment alleged on Via Laguna

A woman who lives on Via Laguna went to the front lobby of the San Mateo Police on February 18 at 8:42 a.m., and said she knows someone "who put her info on a criminal background website." Disposition: completed.

Is this what she's talking about?

On September 16, 2015 at 5:53 p.m., a Via Laguna resident reported in the San Mateo Police lobby that her estranged husband had sent a text in violation of a restraining order.