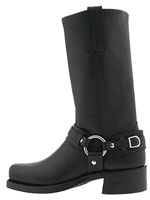 Edgewaterisle.com has received a tip that PML Management has given the South Association the boot. The unnamed source tells us that PML terminated their contract as the property manager of the Edgewater Isle South Condominium Owners Association and gave 30 days notice. Rumor is that the South Association met in "Executive Session" on October 14 to review other property management companies' proposals to manage the Edgewater Isle South.

The question is, can this board be managed? With two small claims cases pending, does this board listen to anyone but themselves?

And how many management companies has the South run through? Pargett, Mulqueeney, Franciscan, PML.....Who have we left out?

Who is next to join this dubious list? Time will tell.

Newly re-misengaged™ property management company PML has settled a lawsuit for fraud filed by homeowners in a different association. Homeowners alleged fraud for misrepresenting that homeowners could purchase and use a second unit in the association as a business office. A conditional settlement has been reached, avoiding the trial that was to begin on November 3.

edgewaterisle.com has received complaints from 3 homeowners that PML Property Management representation is not returning their phone calls. Hum......where have we heard this before?

Other Homeowners Detail Their Frustrations with PML on Yelp

Even way before PML was a glimmer in Edgewater Isle's eye (again), PML was continuing its long-held tradition of a family business who seems to enjoy screwing over its customers. Years ago, residents at Edgewater Isle loudly complained about PML's services, and PML was dumped in favor, at the time, of Franciscan Property Management.

Please note: these reviews pre-date Edgewater Isle's re-misengagementTM with PML . (In other words, we didn't do it.)

After seemingly going through every last property management company on the Peninsula in the last 11 or so years, the Edgewater Isle South BOD decides to rehire PML, a company that the Board fired 10 or so years ago. Not a single current board member was a homeowner 10 years ago when PML was previously thrown under the bus.

Homeowners in a Redwood Shores, California, townhouse managed sued PML for fraud. These homeowners have filed a lawsuit against PML and their association.

PML was first terminated from Edgewater Isle in 1996, on the heels of a lot of other events (keep reading).

One day after the Foster City Progress article ran, PML Management sent a letter to homeowners explaining their position.

A day after a negative article appeared in a local paper, another HOA dumped PML because of similar frustrations they were experiencing with the management company.

PML's "maintenance workers" took it upon themselves to completely destroy a homeowner's landscaping. Homeowners were not notified that any workers would be performing any work with in the exclusive use common area. PML's maintenance workers ruined all established landscaping and left the area appearing that a hurricane had it.