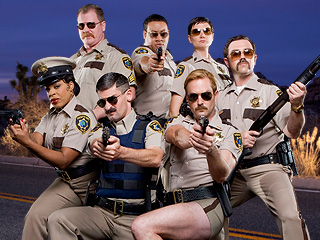 These threats made to homeowners were all designed to intimidate: "the police" were never called in any of these instances. It is interesting how Edgewater Isle representatives have been so quick to threaten law enforcement action over homeowners association disputes.

Homeowners should recognize this technique should they see it in any correspondence addressed to them. Most homeowners association disputes are civil matters, and police departments will very rarely become involved in such disputes.

So let's call Edgewater Isle out on its childish intimidation tactics against homeowners. 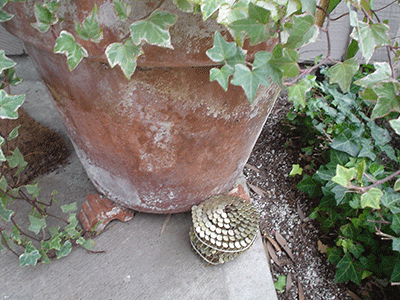 The Edgewater Isle Master Association was a defendant in a small claims case.

The Association attempted to intimidate the plaintiff homeowner and sent out a letter to all association members informing them of the date, time, and place of the hearing and encouraged them to attend. The Association had never previously done this, and has not done it since. It was an abuse of power of the board members.

And "coincidentally" at the same time, someone (board member?) left a string of nail-gun nails outside the plaintiff homeowner's front door.

These are the intimidation tactics that Edgewater Isle homeowners association uses against homeowners. 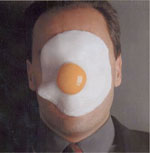 It first began in 1996 when an election went awry because of the board of directors wanting to keep on their friends and prevent a newcomer from joining. After a dispute conducted over the fax machine (this was before large-scale e-mail adoption), the North Association's attorney wrote what could be an intimidating letter, if you didn't already know the truth.

"a police officer will be present at the next board meeting "to ensure tranquility."

Well, HA! Not so fast — that police officer was there to present Community Police Program, like Neighborhood Watch. And it's documented in the meeting minutes. Tom Fier sure has egg on his face with this one.

Jon Wainwright was the then-president of GB Group, who received the North Association's contract for reconstruction. While this project went on for about 2 years, dates were frequently missed and projects were rescheduled. After a homeowner complained of a delay, Jon Wainwright responded with the threat of....filing a police report.

I wanted to make you aware that non-residents of Edgewater Isle North appear to have cleared out a storage unit and dumped all the debris in a G. B. Group dumpster. As discussed previously this is "theft of services" and is treated as "trespassing on a construction site" We have found debris containing the names: Mary and Stephen XXXXXXXXXXXXX ** 2808 REDACTED Street San Mateo, Cal have directed our project Superintendent to file a police report.

** name similar to a homeowner's name

Jon Wainwright was then requested by a board member to provide a list of all people whose debris the GB Group found in the dumpsters and whom GB would be making police complaints about.

Of course, Mr Wainwright never did supply the Association with such information and nothing more ever came of this, but Very Important Big Important Man Jon Wainwright got to feel the power for letting everyone know that somebody that nobody knew may have put something in the dumpster and he was calling the police about it.

After an Edgewater Isle property manager wouldn't accept correspondence from a homeowner, the homeowner sent a letter via UPS overnight delivery to the property manager's house. The reply from the association's attorney, Sandra Bonato, was:

This is to notify you that such conduct is unacceptable and has been reported to the local police department.

A complete lie. Wow. The San Mateo Police Department said there was no report and they wouldn't take a report on legal activity anyhow.

How does it feel to be a lawyer, a lobbyist no less, caught in an outright lie?

What is with these Edgewater Isle people who are frequently invoking law enforcement into civil matters? Let's assume that Sandra Bonato really knew this was the case, and only made that statement as an attempt at intimidation. Perhaps that's all good in the legal field, but in the blogging field, we're going to call that out and call you on your desperate tactics and lies.

On December 30, a homeowner who has tried to work with the Edgewater Isle Master Association board of directors for over 1 year on a speeding problem within the complex received this letter from HOA-industry law firm Berding and Weil. Berding and Weil does its usual job of "documenting the issue" of the "troublesome homeowner" with its predictable pattern of portraying a near-crisis from problems initiated by the homeowner.

Please take note of Berding and Weil's characterization of a homeowner, one they'd probably like to sue, and this sort of letter is the first salvo in such an action.

The characterization of "unnerving" is hyperbole and is used for dramatic affect. (Poor Sandra Bonato must be clutching her pearls by now.) Lawyers love this stuff. Anyone who has seen this enough times knows that it is typical attorney bullshit.

You may be asking yourself if a HOA-industry law firm is allowed to issue restraining orders on homeowners now? The answer is NO, but that doesn't stop them. They're quite familiar with these sorts of tactics. It is meant to intimidate the recipient.

Not all attorneys advocate this approach

A local attorney who specializes in HOA law, Beth Grimm, has written a mind-blowing statement in her latest newsletter. Grimm, who is part of CAI and other HOA-industry groups nevertheless points out what some attorneys do with their banks clients. Read this:

And before spending "good" money chasing "bad situations", get good advice first from a knowledgeable attorney who is not also a "scammer" who feeds into the board's emotions or lack of knowledge about or acceptance of reality.

While her entire article discusses associations pursuing unpaid dues, this last sentence (above) was an amazing insight — from a lawyer no less — who understands that many attorneys who work with association boards of directors are doing nothing more than padding their billable hours by antagonizing homeowners and continuing to give life to disputes that would otherwise be resolved in an amicable manner.

Here is Beth Grimm's complete newsletter [archive link] from the above quote.

UPDATE: Beth Grimm retired as of December 31, 2018. She never worked for Edgewater Isle.