"1670 Via Laguna Circle, Foster City" is not a valid address

Former Edgewater Isle North Association board member Kelly McGuirk, who was removed from the board of directors by a vote of owners in 2016 by a vote of 102 - 8, applied for and received a restraining order on May 12, 2021, against Mark Tilds, the owner of Independent Haulers — her spouse — who she ran ads for in the Edgewater Isle North newsletter. On her application, McGuirk listed an address that does not exist: "1670 Via Laguna Circle, Foster City."

Why would McGuirk incorrectly list her own address in a request for a restraining order? Since this request has been granted by the court, isn't it plausible that it's not enforceable by either San Mateo or Foster City Police because neither city has such an address?

In her request, McGuirk details domestic violence where Edgewater Isle neighbors heard or witnessed the violent situation, causing anguish for McGuirk. Details include McGuirk's allegation of Tilds throwing a vacuum, which had been part of a documented police report. The request for a restraining order came after at least 10 calls were placed to 911 requesting assistance. The court granted the request after a hearing in which Tilds did not attend. The court order requires that Tilds move out of the residence.

What is unusual here is the incorrect listing of her own home address — even the city is wrong! Taking the step of filing a restraining order against one's own husband must be a difficult, yet important, event and yet here, McGuirk wrongly lists her address, an address she has had for about 20 years. 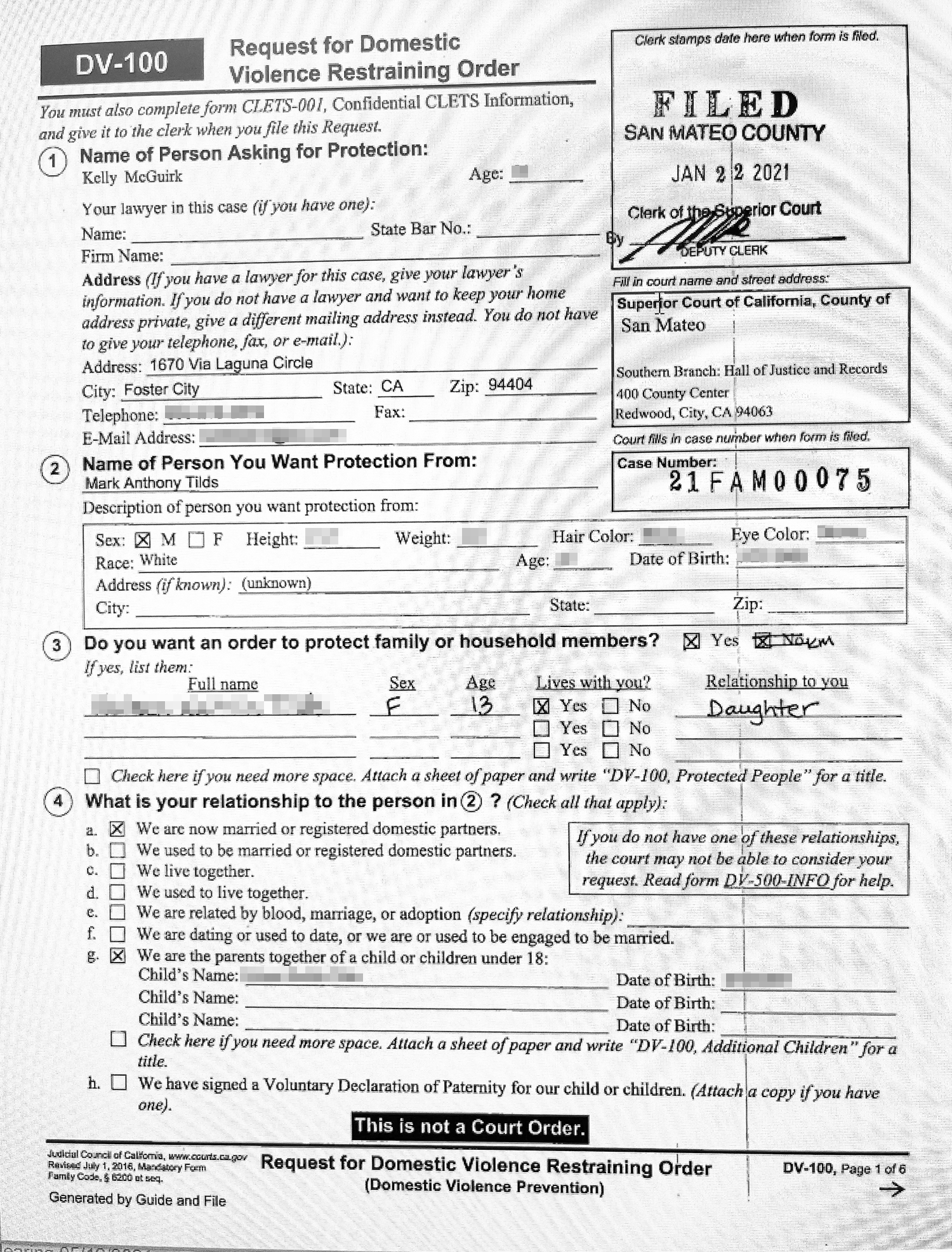 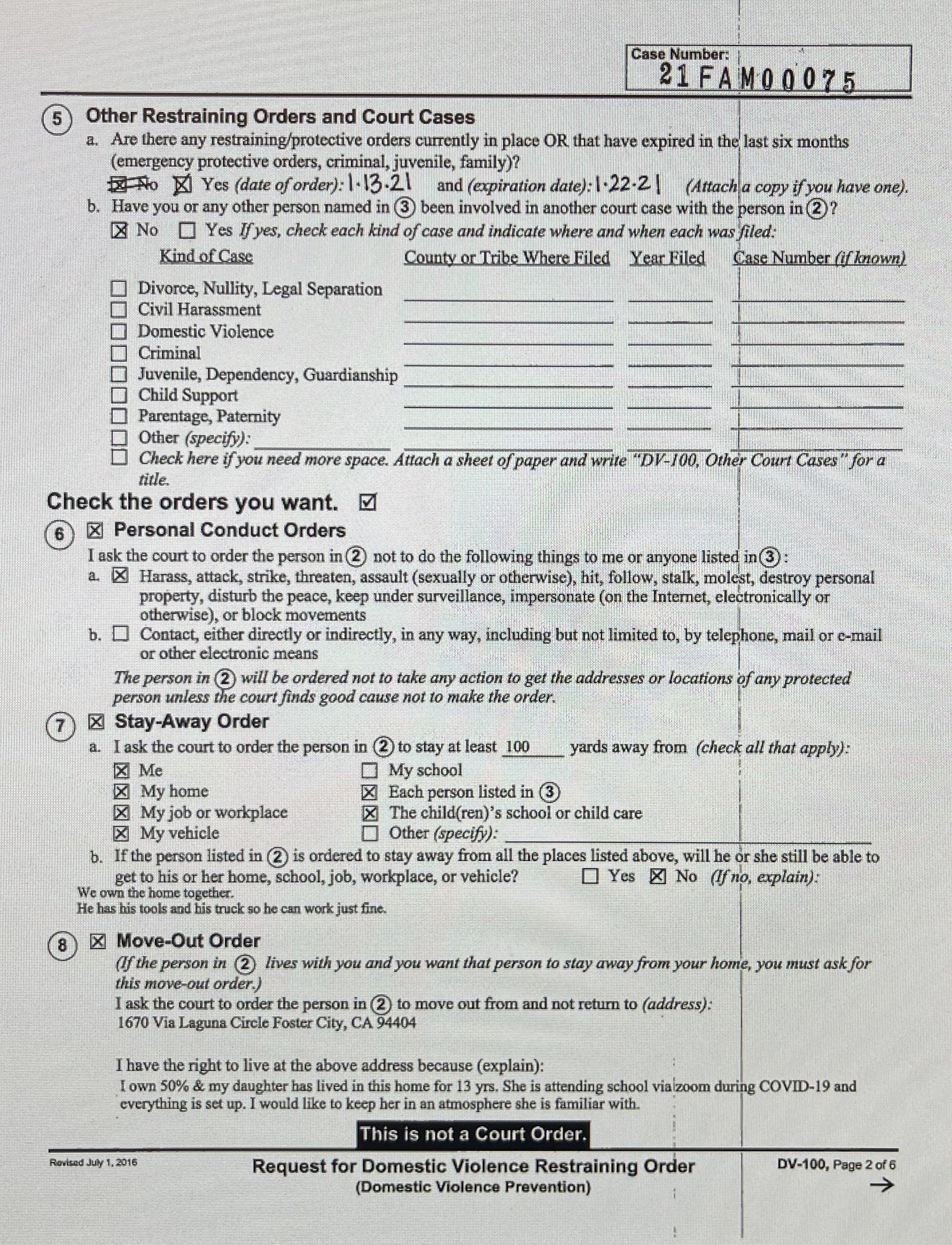 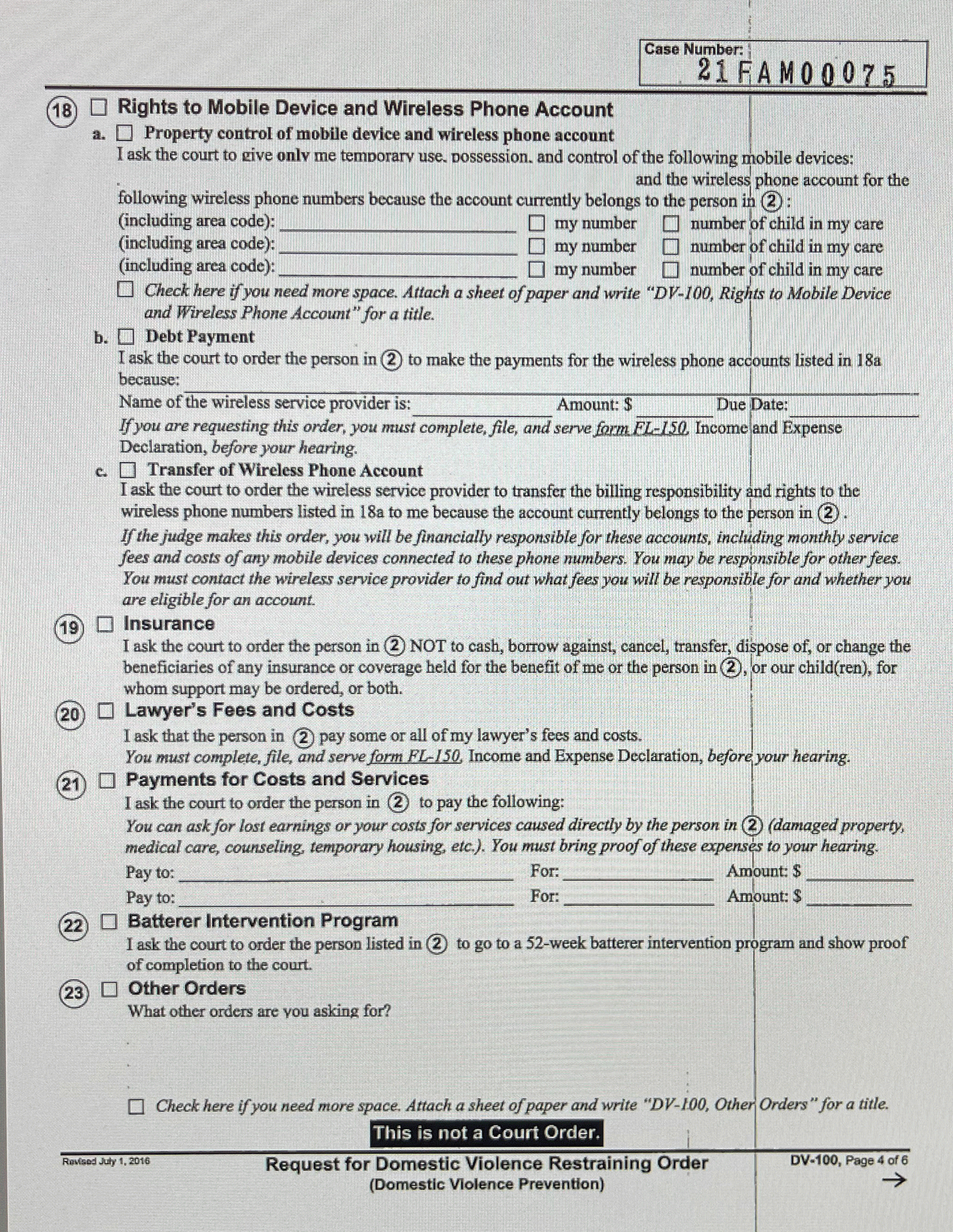 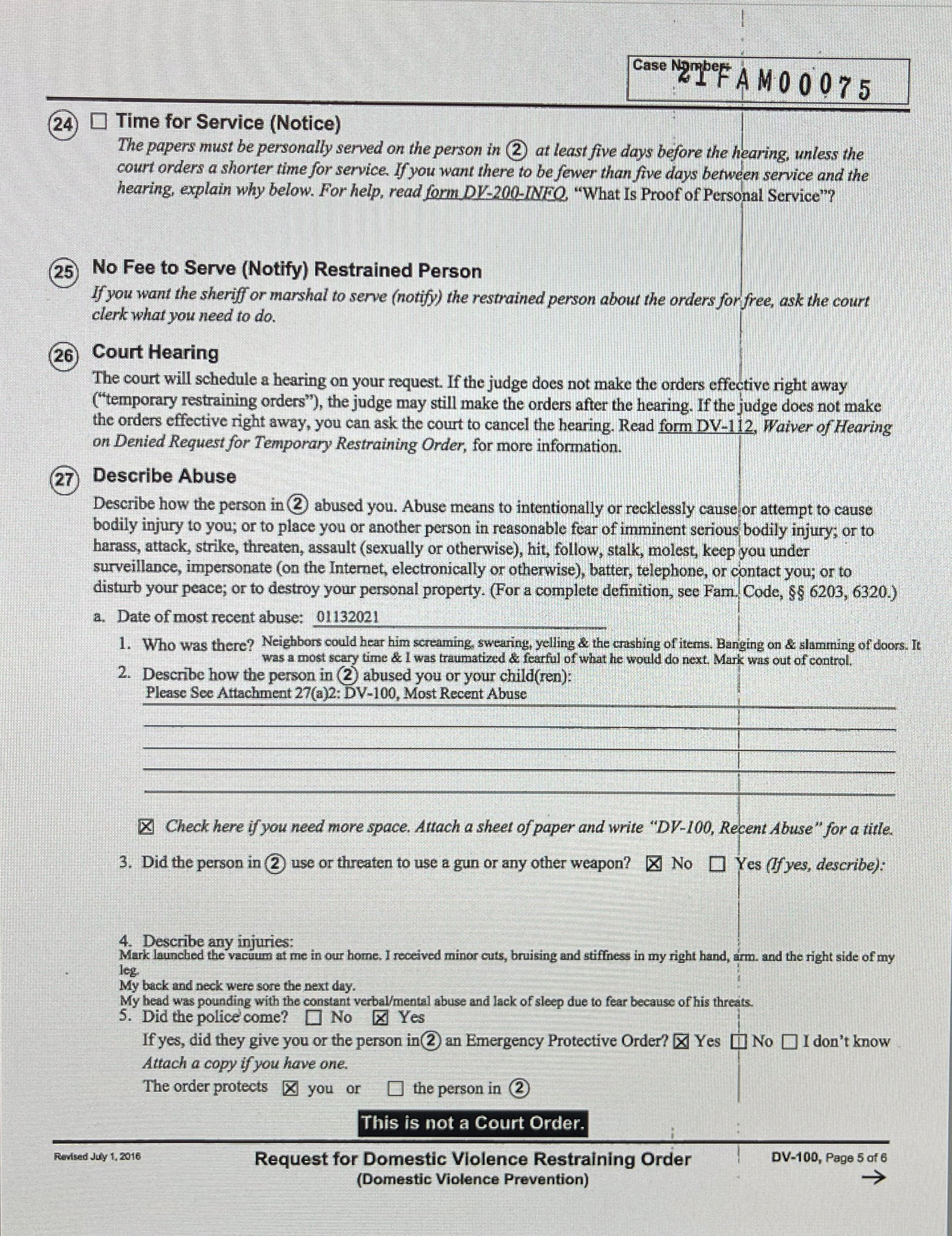 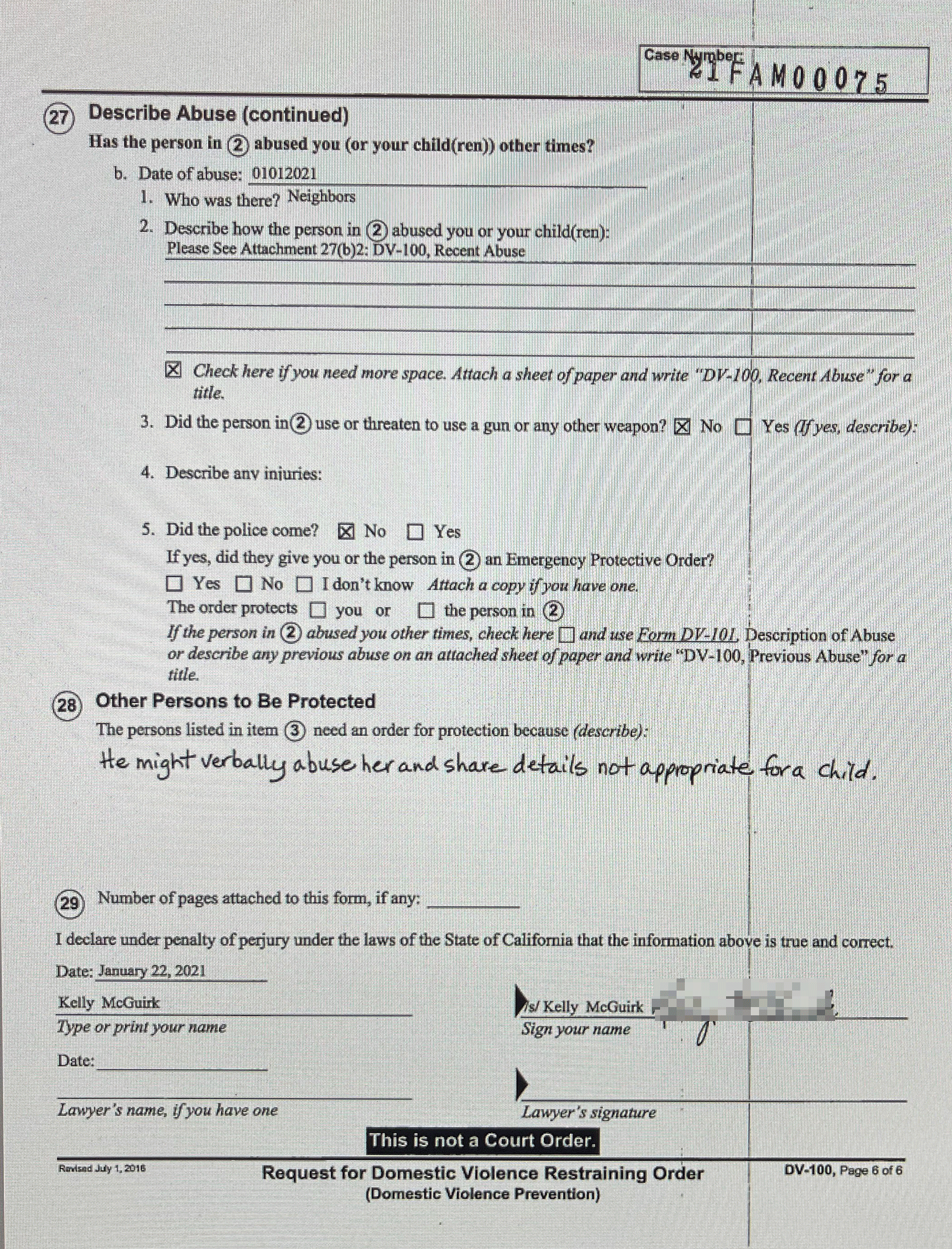 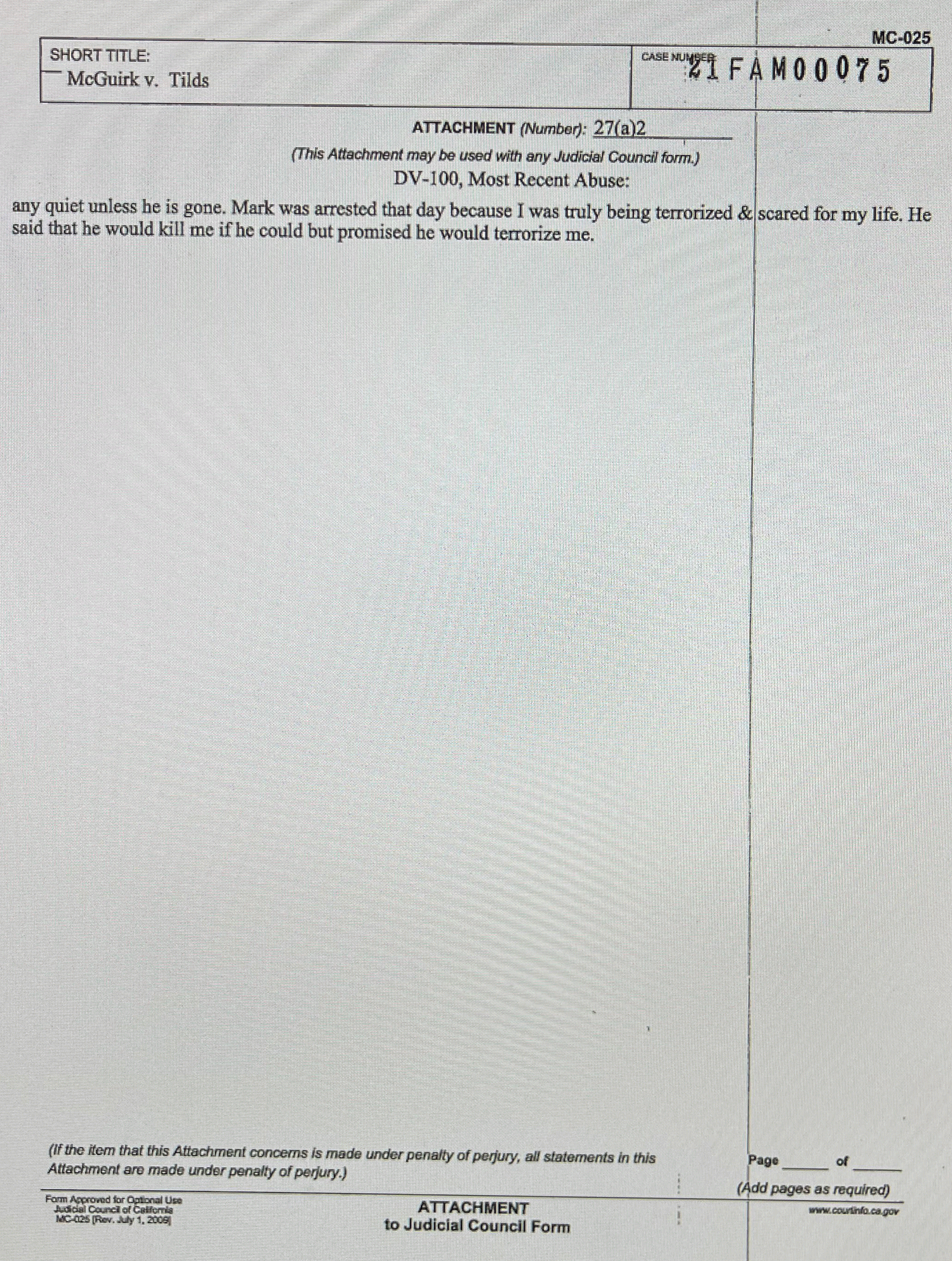 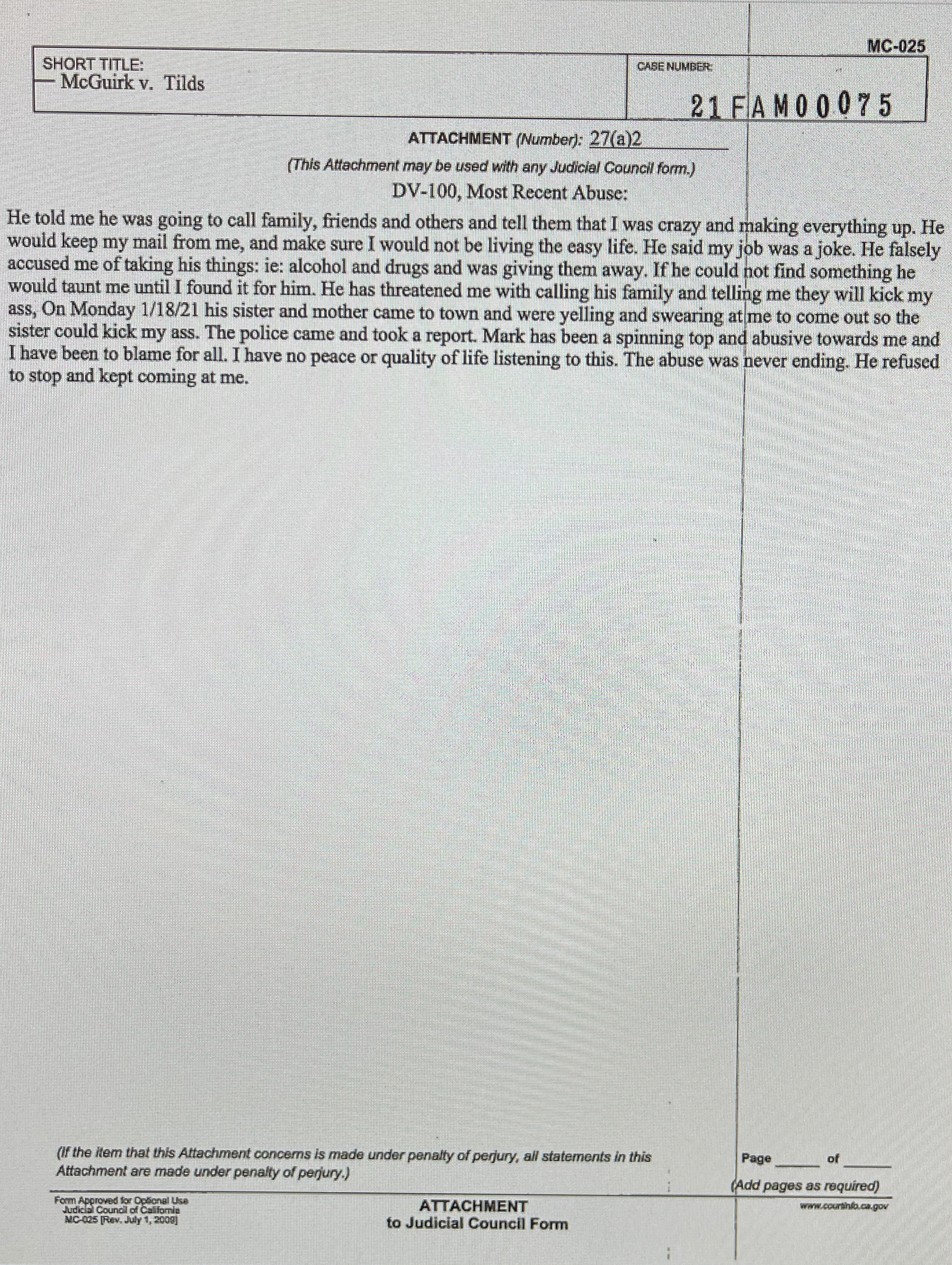 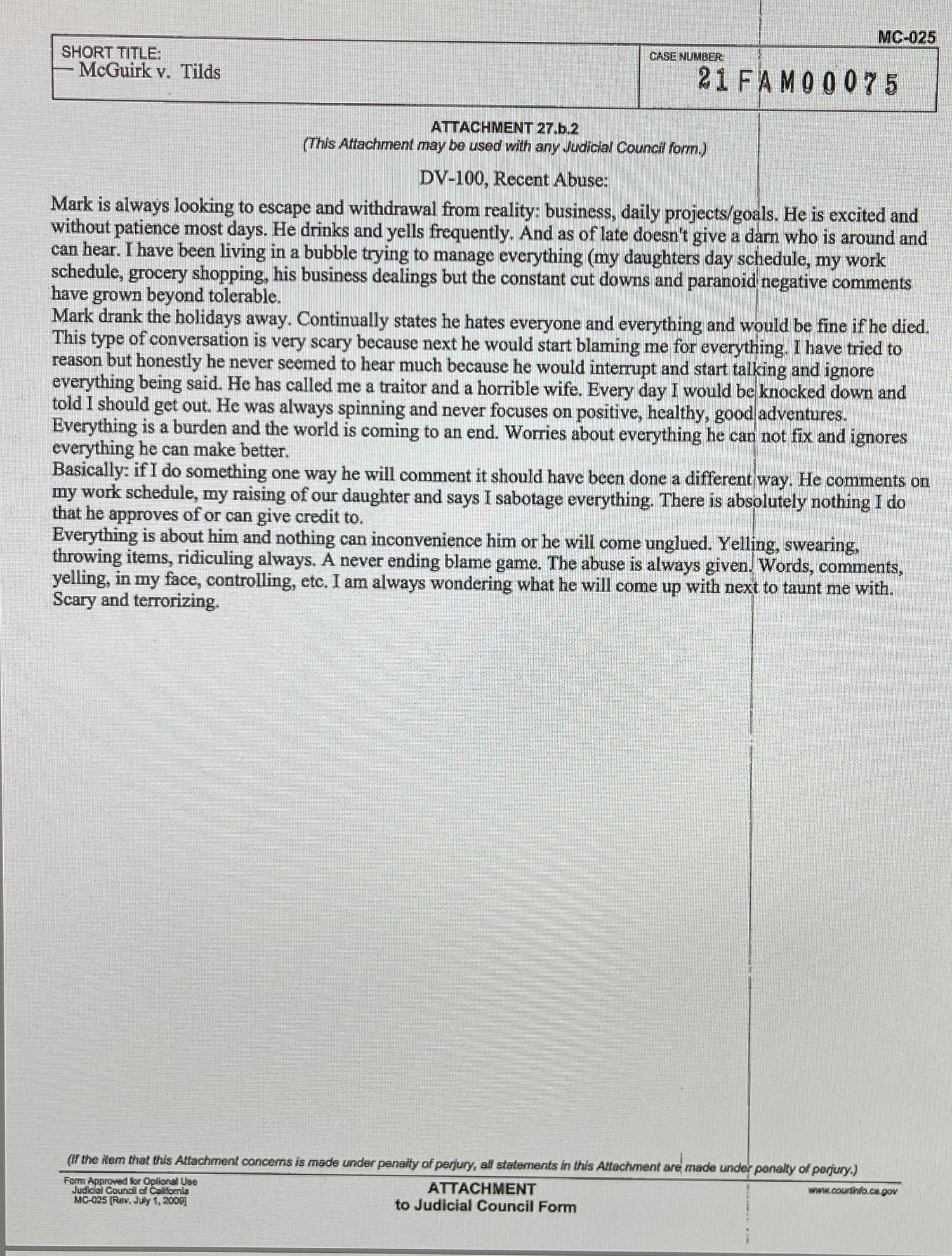 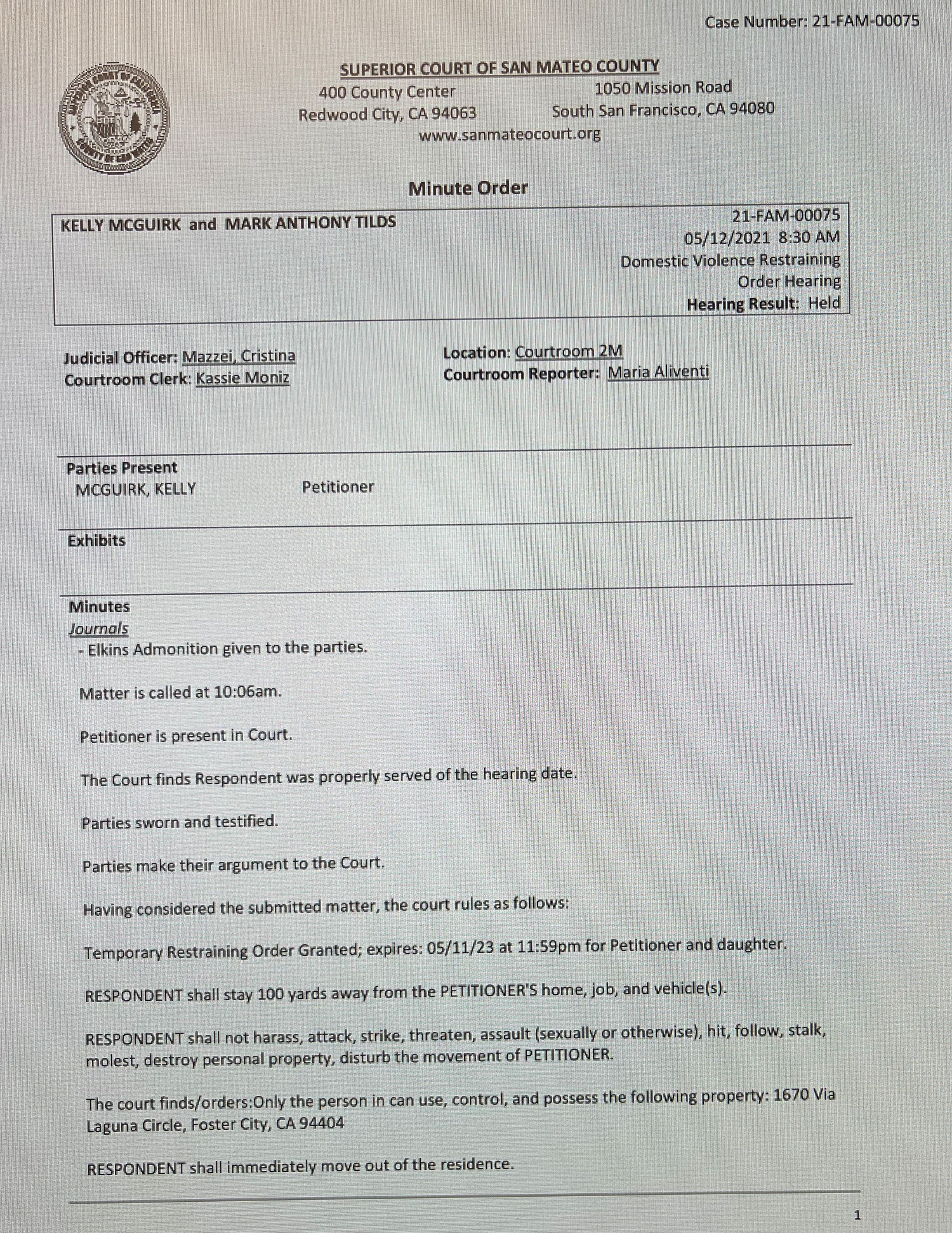 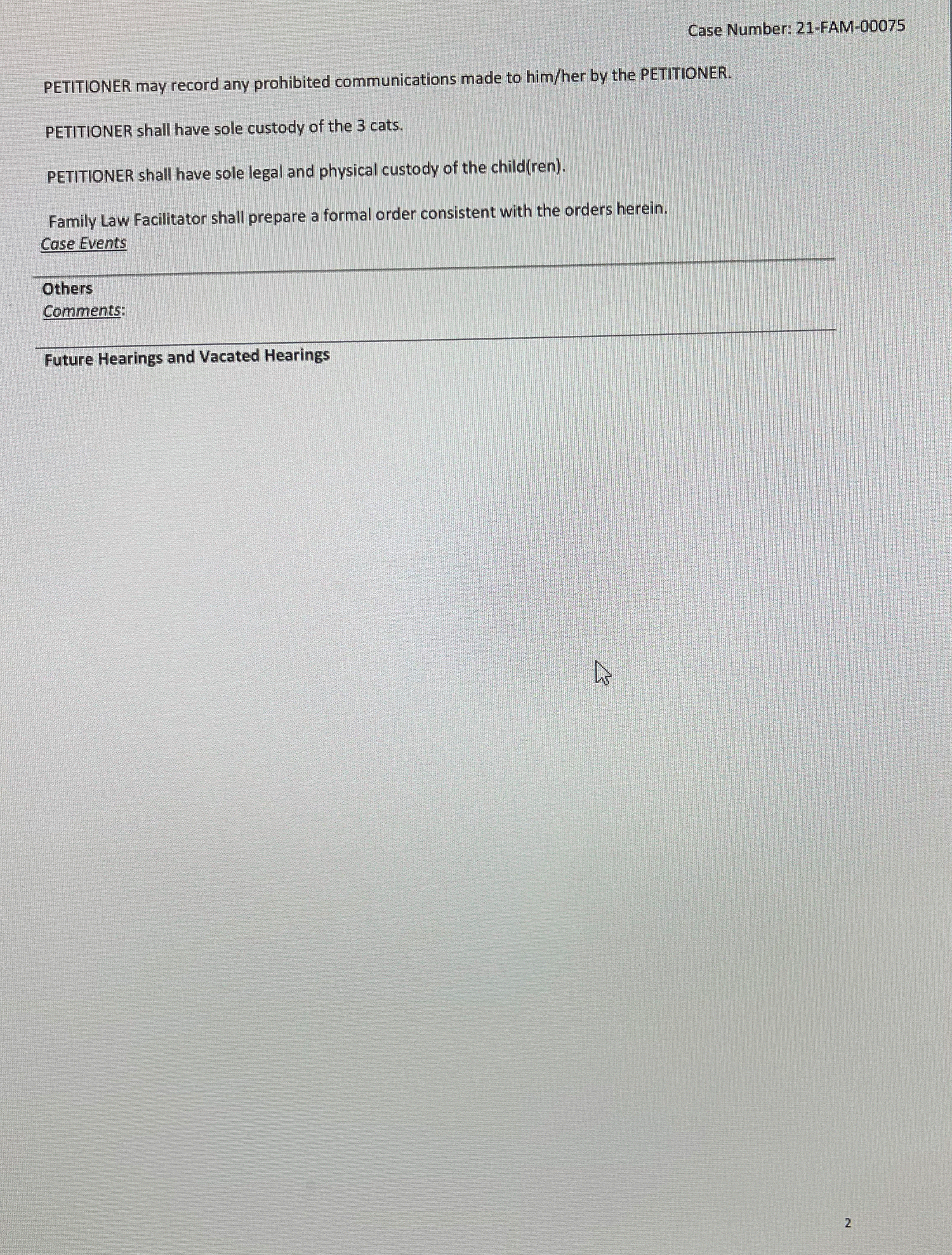