A closer look: who is Judge Lisa Novak? 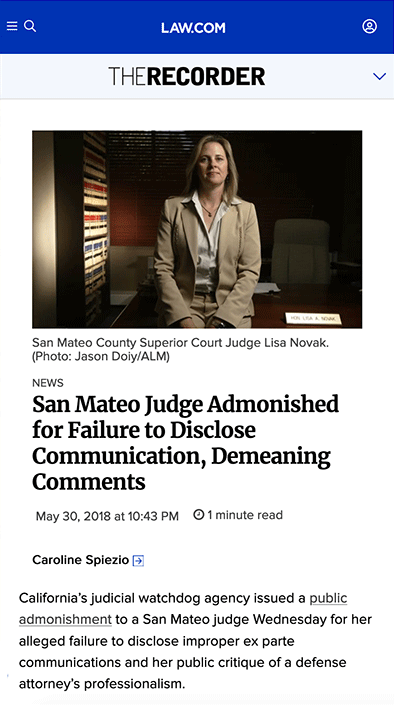 Lisa Novak was admitted to the California Bar in 1993. She worked as a deputy district attorney from 1992 - 20011, and left to become a solo practitioner and judge pro tem before being appointed in 2005 by then-Governor Arnold Schwarzenegger to fill a vacancy on the judicial bench in San Mateo County. She has served as a judge since her appointment in 2005.

In 2011, Judge Lisa Novak received an "advisory letter" from California's Commission on Judicial Performance, the state agency responsible for investigating complaints of judicial misconduct and for disciplining judges as provided in the California Constitution.

In 2018, in a separate disciplinary matter against Novak, the Commission on Judicial Performance mentioned the 2011 letter. In 2018, this time, the Commission made the discipline public. The commission found that Judge Novak failed to be patient, dignified, and courteous, among other charges.

The commission's decision was published on several websites, including the one shown on the law.com (shown on right), Palo Alto Post, the San Francisco Chronicle, and the San Mateo Daily Journal. 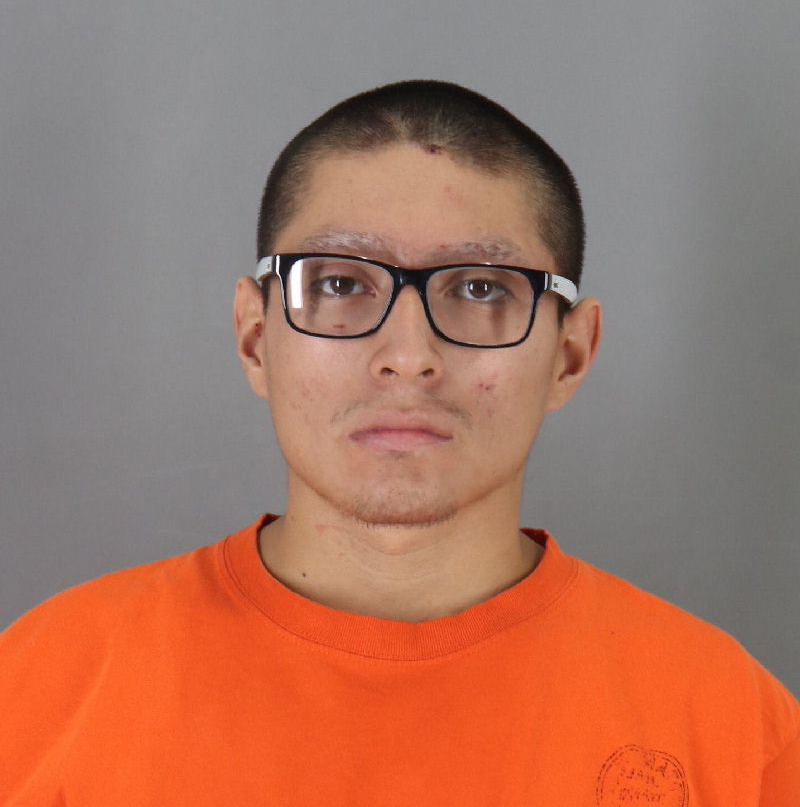 Canche and his defense waived his right to a speedy trial and took multiple continuances (delays) while the criminal case languished in the court system. The defense finally made an application for a "mental health diversion," which means in lieu of prosecution for a crime, the defendant is released from custody for mental health treatment.

In an August 27, 2021 hearing, Judge Lisa Novak ruled that she would allow the release of the defendant Alejandro Canche to "mental health diversion." With that decision, the judge put on hold a criminal case nearly two years in the making and denied the victims justice for the violent assaults they suffered.

Did Judge Lisa Novak grant diversion to Alejandro Canche because she had been overturned by an appeals court in another case?

In a 2018 San Mateo County criminal case, People of California vs Christopher Williams (18SF001211A), defendant Williams was accused of stalking and making threats against an autobody shop owner and his family. The defendant made online, anonymous reviews of the business, made "vicious and threatening harassment" targeted toward the business owner and family. The defendant sent thousands of violent and threatening emails. However, defendant Christopher Williams had never behaved in a physically violent manner.

A reasonable question: Did Judge Lisa Novak grant mental health diversion to a violent offender because she was wary of being overturned again?

Read reviews of Judge Lisa Novak on The Robing Room.

(1) Stabbing Suspect Alejandro Canche Let Off the Hook
(2) Is anyone else aware and/or concerned about the following story published in The Daily Journal on Friday 8/27?