Devil's in the dues 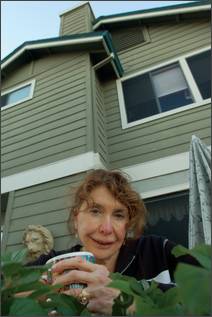 After 22 years in a condominium in San Mateo, it's not the mortgage payments that are weighing on Moxi Posner. It's the homeowners association dues.

Since 2003, Posner said, the dues for her three-bedroom unit at Edgewater Isle South have surged from $285 to $487 a month. That's a big bite out of a fixed income. As a widowed, 68-year-old retiree, can Posner afford it?

"I can do it now," she said. "Can I do it if it keeps on going up? I don't know. But if you sell, where would you go in this area, with everything so expensive?"

Posner's plight isn't universal, according to experts. But it's becoming increasingly familiar on the Peninsula, where the first wave of condo complexes are showing their age and many homeowners associations lack the money for repairs.

The problem, many say, is a failure of planning by homeowners boards, whose members are not financial experts but average residents elected by their neighbors. Soaring construction and insurance costs aren't helping.

A deeper issue, some argue, is weak regulation of the boards, which collect more than $200 million in assessments each year from homeowners statewide, according to the Center for California Homeowner Association Law.

"It's a huge market without any substantive state oversight," said Assemblyman Gene Mullin, D-San Mateo. With the number of condominiums still multiplying on the Peninsula, "There's just a real area of concern that needs to be addressed."

Homeowners boards are responsible for raising enough money to keep a condominium development in good repair, from the landscaping, to the paint and siding, to streets and sewers in some larger complexes.

Paying for routine upkeep is relatively easy, said Oliver Burford, executive director of the state's Executive Council of Homeowners, or ECHO. The harder part is building up the budget reserves that will inevitably be needed for bigger repairs.

"Associations go a long time without accumulating enough money. Then suddenly the roof starts failing and you get leaks, and people say, 'Oh my God, we've got to do something.' But they don't have enough money to do it."

That's when homeowners get hit with special assessments, which can cost in the tens of thousands per homeowner. Or, as in Posner's case, the monthly dues skyrocket.

California law requires associations to perform "reserve studies" to estimate the amount they need to save. But no law requires them to actually save it, Burford said.

"Because nobody likes to pay more, boards will simply ignore their reserve study. Or they'll look and say, 'This reserve study says we need to re-paint in three years, but the paint looks pretty good to me. Let's extend that to six years.'"

That's the problem Will Gray sees at his San Mateo complex, called Lauriedale. He pays $340 a month in dues for his two-bedroom unit, but says the grounds haven't been kept in good repair.

On Nov. 1, Gray and his neighbors were assessed $11,000 each for painting and siding repairs. "Because of the neglect, it's costing us more now," he said.

Assemblyman Mullin says the state needs to regulate condominiums more carefully, especially given their growing share of the housing marketplace.

"Cities and counties like them because a lot of the public services like streets and sidewalks are done privately, not through the city," he said.

Mullin said he's particularly concerned about residents of below-market-rate units getting hit with big bills. "They don't have much leeway, so they're getting affected by it dramatically."

He has proposed two bills, though neither one has passed so far.

One would give below-market-rate residents a separate vote on any increases in dues above 20 percent. That's so they can't be outvoted by their higher-income neighbors.

That bill enjoyed Assembly support but is stuck in the Senate amid opposition from homeowners association groups, Mullin said.

The other bill would have set up a state ombudsperson's office to handle problems that arise between homeowners and their boards. At present, there is no agency that provides such oversight, leaving nonprofits like ECHO as the only resource for people like Posner and Gray.

The bill would have required a fee of about $2 per year for every condominium resident to support the ombudsperson's office. It was vetoed by Gov. Arnold Schwarzenegger in 2005.

Posner can't believe current law allowed her homeowners board to raise dues 68 percent over four years without a vote of the full membership.

She claims it has created "an atmosphere of financial stress" in her bucolic complex, with owners unable to find buyers willing to pay such high dues. "Renters are leaving left and right," she added.

Posner is trying to drum up support among her neighbors for a board recall effort, but she is finding it tough going.

"No one wants to be on the board," she said.

Meanwhile, she is pushing for a new state law that requires homeowners to vote on any annual hike over 10 percent, instead of the current 20 percent.

But her property manager, who asked to be identified only by the company name Pargett Association Management, said that would be a mistake.

"I think it would turn places into slums. There are a lot of HOAs that have not (raised their dues) and really need to," he said.

While he couldn't speak specifically to Edgewater Isle South, the property manager said many of the boards that are raising dues are finally doing the right thing.

In some cases, he said, the dues were set artificially low when the developments were built, to entice buyers. In other cases, the boards caved to pressure from homeowners and failed to raise dues to keep up with the cost of living.

With the ballooning expenses of flood and earthquake insurance, fuel, and construction materials, he said, it figures that homeowners dues should be rising as well. "Compare the change in homeowners dues to the price of gasoline, and it starts to look not so bad."

E-mail Will Oremus at woremus@dailynewsgroup.com.

Comments to the article are archived