Letter #2: Frustration Leads to a Letter to CEO

Below is the second letter a homeowner wrote to Common Interest regarding her frustrations:

EDITORIAL COMMENT: The opinions expressed below are those of the homeowner only and do not necessarily reflect the opinion of edgewaterisle.com

Mike Archer, you phoned me approximately three weeks after my letter to you dated April 2, 2010. At that time you told me you would research/investigate my issues and concerns and get back to me in approximately two weeks. You stated that you would be out of the office for a week due to a business conference and then you would get back to me. It is approximately two months later now, where are you Mike Archer? Please don't patronize me. I called you on Monday, June 7th and as of this writing, I have not heard from you. My home, as well as most homeowners is our largest financial investment. Times have changed, and homeowners are no longer going to take abuse and neglect from Property Managers and their respective companies or our HOA's. It is 2010 and we are overflowing with new high technology. This amazing technology is harnessing homeowner awareness and power at a rapid pace. We are integrating with other complexes such as Harbor Town, the Admiralty, Farm Hill Vista and complexes outside of the area. Do you realize Emails, blackberries, bloggers, combined with old fashion networking is being implemented? I believe "the good old boys" mentality towards homeowners and boards will create a lot of strategic commotion, problems, anguish, frustration, plus lose of reputation and creditability for property management companies. Does ECHO, HOA attorney's, other management organizations, conference lecturers teach how to be management dictators and create fear and repression to negate homeowner's rights, respect, and humanism?

As you know, never in the history of Edgewater Isle did we not receive the proxy's [sic] before the Annual Meeting. We did this year because Property Manager Jodi Abbott-Robinson did not get them out. Because of Jodi we did not have a quorum at the Annual Meeting. We usually have the sign announcing the Annual Meeting up on the complex approximately 2 weeks before that meeting. Jodi got the sign up late Friday night for the Monday Annual meeting. Whatever happened to your research, to your investigation on behalf of the homeowners and seniors of 416 units? Did you speak to any Board member about how Jodi is unable to get the Master Board's business out on a timely fashion? I sent you a copy of Jodi's minutes, if your staff, at your meetings took minutes like that would you accept them? I believe Jodi needs to contact PML and learn how to take proper minutes .. PML was retired partly because the Board was unhappy with the Property Manager, do you think the Board is delighted with the choice Common Interest dropped on us? Common Interest reputation is eroding.

Phone Call: On June 7, 2010 I had a fascinating conversation with a woman who identified herself as being hired by a law firm to obtain inquiries about edgewaterisle.com. Apparently her profession is investigative research on web sites. Isn't it bizarre that I asked you to investigate Jodi and I get a phone call about edgewaterisle.com? Paula told me that she came onto the property; spoke to homeowners as well as ringing doorbells. I listened to what Paula told me the homeowners divulged to her. I was cognizant of most that was stated. Now is the moment for me to cease control and tell you from me that edgewaterisle.com is a benefit for my complex and the community, as well as the country. It's a voice for homeowners. The web site is pro homeowners rights. It reports about all aspects of community living. The web site only discusses board members, property managers and how they impact our financial investment, decisions they make, how they treat homeowners, their veracity, how they conduct themselves such as accountability, transparency. Do they discriminate? Are they accessible? Do they read and understand the CC&R's and ByLaws and are they able to assimilate the rules and regulations with fairness and justice for all homeowners, not just for their own agenda or their gaggle of friends.

In fact, did you know that approximately two years ago I got a phone call from Common Interest, Public Relations Department? I spoke with two women several times. I know one woman left but the other is still working. I also spoke with Dan Nelson, President. They read the web site and felt that there were problems here and that they could help. They wanted to be interviewed if that was possible. I was sent a copy of the Common Interest white binder.

In conclusion it is yours and Dan Nelson's responsibility not to conduct property management theatre. Homeowners do matter. Why aren't you doing anything on our behalf? In all due respect, in approximately six months, Common Interest's reputation is dismal. Isn't it true, you are our employee?
cc: Dan Nelson, Pres. Common Interest 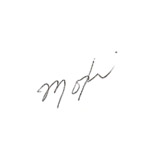