Updated Fire Code restricts use of barbecues in multi-unit homes 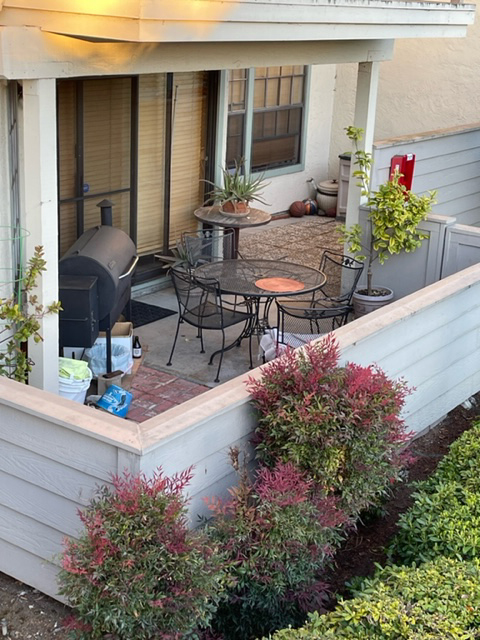 Wildfires have been an increasing problem throughout the western United States. A fire wiped out entire suburban neighborhoods in Santa Rosa, about 75 miles north of Edgewater Isle in 2017. As a result of this and other fires, the State of California has passed several laws to fight the increasing threat that fire poses. Specifically, the California Fire Code has been updated in a way that directly affects multi-unit housing.

A blog posting discusses changes that now include "apartment buildings, including condominiums and townhouses," such as Edgewater Isle, and shows that many or most BBQs homeowners favor are no longer permitted with this update in the Fire Code. The only type of outside barbecue allowed on balconies and patios is a small, camping-size portable grill that uses a small (no greater than 2.5 pound) propane tank.

An owner on Via Vista is apparently not aware of the updated Fire Code. Residents here use this barbecue, which is clearly within the restricted area defined in the Fire Code.

Residents have written to the Edgewater Isle North management company regarding this issue. Alex Karkov of AllPro Management has acknowledged the problem with a "Wow!" but as of yet, nothing has has changed and the hazard continues.

As the weather turns to summer and inevitable barbecuing, is Edgewater Isle North ignoring a potential tragedy?