Invoice appears to show South is 3 months in arrears

All Seasons Roofing and Waterproofing, an Edgewater Isle South vendor, thought they were contacting the association's management company on January 19, 2022, to ask why an invoice for $17,268 —allegedly over 3 months past due — had not been paid.

Homeowners are entitled to know that their association is managed correctly and efficiently. A management company's failure to pay the Association's invoices is a warning sign for homeowners.

In 2019, Edgewater Isle North Association was also accused of not paying its landscaping invoices. 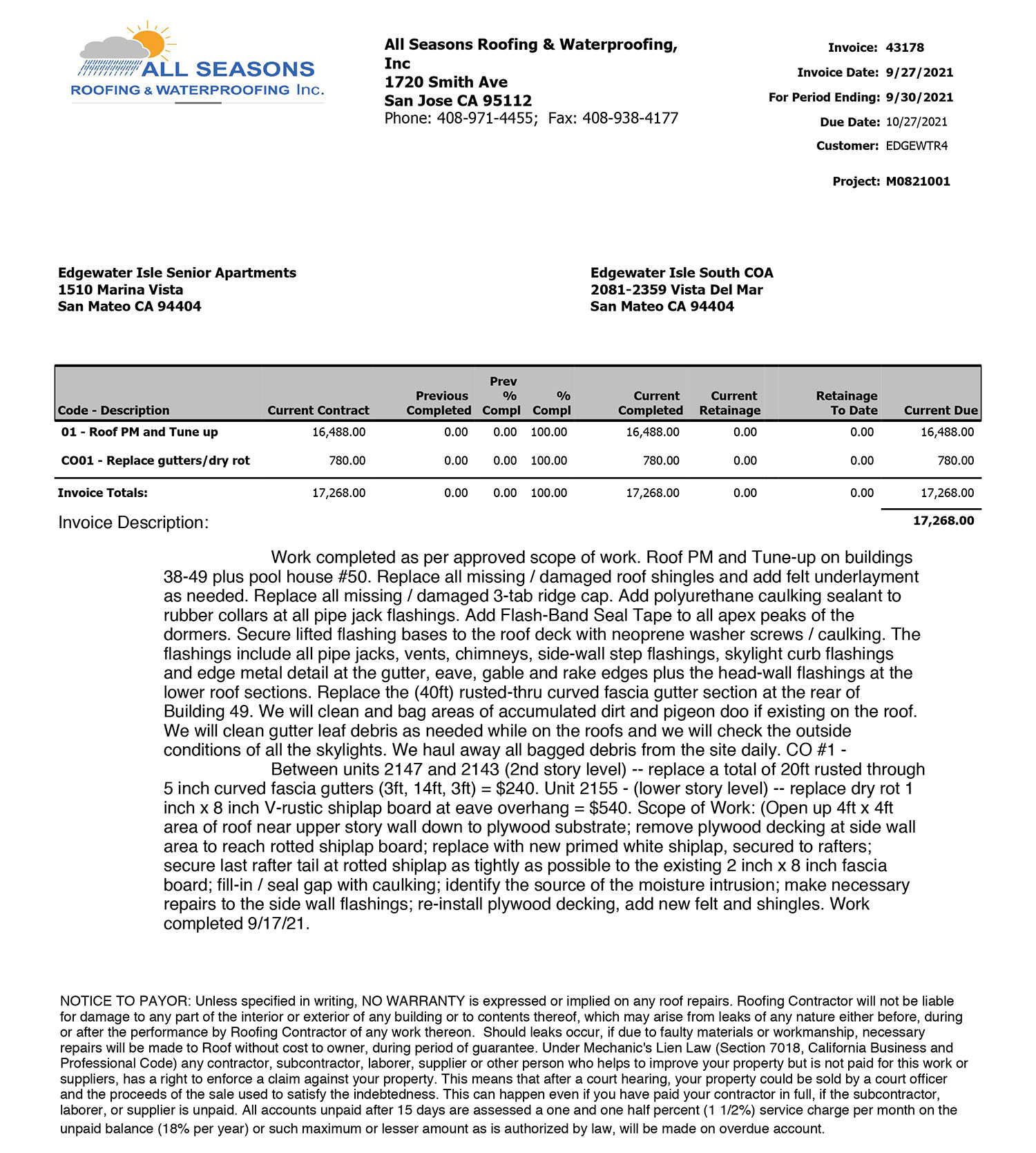